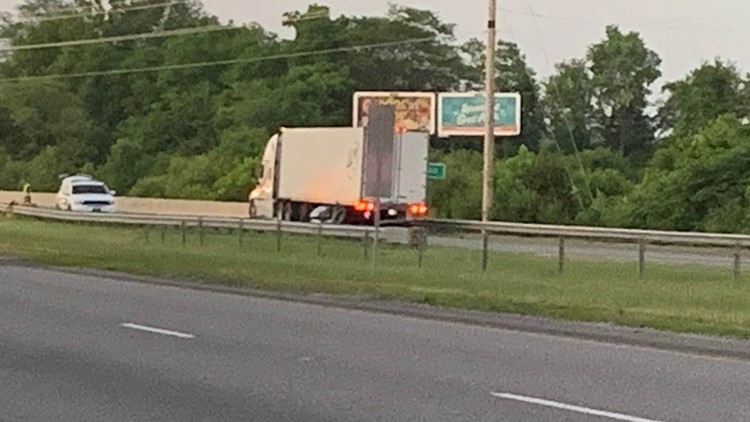 BOONE COUNTY, Ind. — A woman is in critical condition after her car got stuck under a semi-trailer Wednesday morning on Interstate 65 in Boone County.

The crash happened around 4:15 a.m. in the southbound lanes near the 128 mile marker, just south of Interstate 865.

The woman driving the car was able to get out but was seriously injured. She was taken to a hospital in critical condition.

Another semi involved in the crash stayed at the scene as well.

According to a preliminary investigation, the woman was speeding in the right lane of southbound I-65 when her car hit the back of a semi-trailer that was going the speed limit. Then, the car spun into the side of another semi-trailer and went underneath the semi-trailer it originally hit.

Investigators do not believe the woman was ejected from the car. They believe she either climbed out of the car on her own or was helped out by witnesses.

Southbound lanes of I-65 were closed for nearly five hours during the investigation. All lanes reopened around 9:45 a.m.