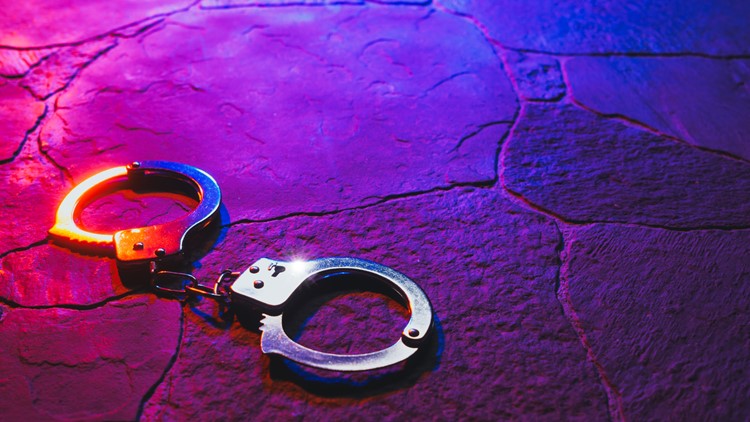 Prosecutors say Kelli Anderson was involved another fatal crash that happened weeks prior, plus five other at-fault crashes since August 2019.

INDIANAPOLIS — A woman is now facing charges for allegedly causing a crash that killed a 28-year-old mother of four earlier this month.

The Marion County Prosecutor’s Office charged 55-year-old Kelli Anderson with one county of reckless homicide and six counts of criminal recklessness for the June 9 crash near the intersection of East 52nd Street and North Keystone Avenue.

The crash happened just before 5 p.m. Six cars were stopped at a traffic light on Keystone Avenue when Anderson’s car crossed the median and hit them. Eight vehicles total were involved in the crash. Kiana Burns, who was third in line at the red light, was the only person injured in the crash. She died two days later.

“Out of eight cars, Kiana was the only injury,” Burns’ mother, Denise Gatling, told 13News. “It took them two hours to cut her out of the car is what the detective told me.”

Anderson told police at the scene she was paying attention and tried to avoid hitting the cars. After being transported to the hospital to get checked out, Anderson told an officer she was trying to evade a car that had cut her off, but misjudged and went onto the median.

A witness told an officer she saw Anderson driving around 50 or 60 mph before going up onto the center median and crashing into the cars. According to information pulled from the car’s airbag control module, Anderson was going more than 68 mph when she hit the cars. She did not try to brake, according to the probable cause affidavit.

“When drivers fail to the meet their responsibilities on the road, it can result in devastating consequences,” Marion County Prosecutor Ryan Mears said. “Because of this incident, four young children have lost their mother.”

Anderson told an officer she takes medication daily to treat “severe, life-threatening allergies and epilepsy,” according to the probable cause affidavit. When the officer asked if Anderson had had any issues with allergies that day, she said, “Honestly, I blacked out, ’cause I don’t remember what happened.”

Throughout their investigation, police discovered Anderson had also been involved in another fatal crash on May 19, just weeks prior to the incident at 52nd and Keystone. Anderson suffered internal injuries in that crash. At that time, she told police she took prescription medication for seizures and may have blacked out.

After the June 9 crash, Anderson told police she was allowed to continue driving despite her side effects because nothing is wrong with her brain and her issues are all related to allergies. Toxicology results from May 19 and June 9 are still pending.

In addition to the two fatal crash, detectives said Anderson had been at fault in five other crashes since August 2019. Each of those crashes injured another driver. They happened on the following dates:

Hospital discharge papers from May 20 said Anderson was told she “is at high risk of harm to herself and/or others and that she should not drive for 6 months until cleared by a neurologist.” According to court documents, Anderson indicated she understood her discharge instructions.