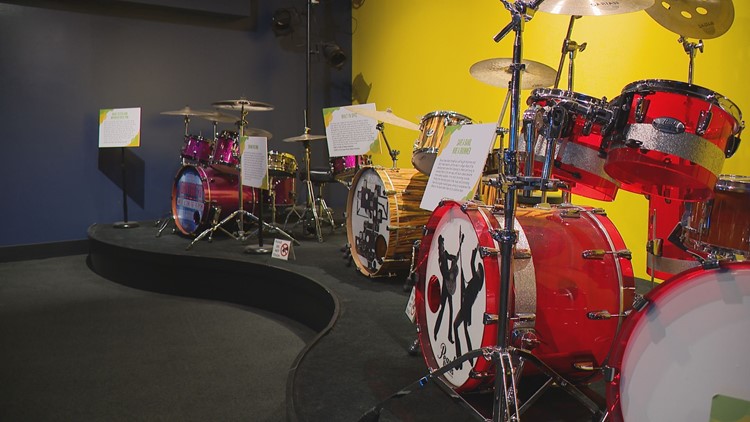 INDIANAPOLIS — Drummers from all over the world hoping to make it in the music world are competing in Indianapolis for a chance to jump start their careers.

One-hundred-fifty applicants from 12 different countries applied. A panel of judges narrowed that down to nine. Those nine semifinalists are coming to Indy from three countries: the U.S., Hungary and Italy.

They will be competing for a place in the top three.

“Each of the semifinalists will do a drum solo, they’ll play a song to a recorded track, then they’ll also play with a live band,” said Joshua Simonds, executive director of the Percussive Arts Society and Rhythm! Discovery Center. “So, the opportunity to really show their diversity in terms of creativity, how they can play with a band, how they develop their own music is really what makes this a little bit different from other competitions.”

The public is invited to watch the three finalists battle for first place on Thursday at 7 p.m. That is happening at the Indianapolis Artsgarden, located at 110 W. Washington St. in downtown Indianapolis. Doors open at 6 p.m.

While the show is open to all ages, it’s recommended for fans 12 and up. Tickets are $20.

All three finalists will take home some cash, with the first-place drummer earning $5,000.

PAS is also livestreaming the competition, with thousands expected to watch from all over the world.

The show will also feature Indy’s own saxophonist, Rob Dixon.

The judges are Matt Greiner from the band August Burns Red, drumming legend Dave Weckl and Aaron Spears, who worked with Usher and is the drummer for Ariana Grande.