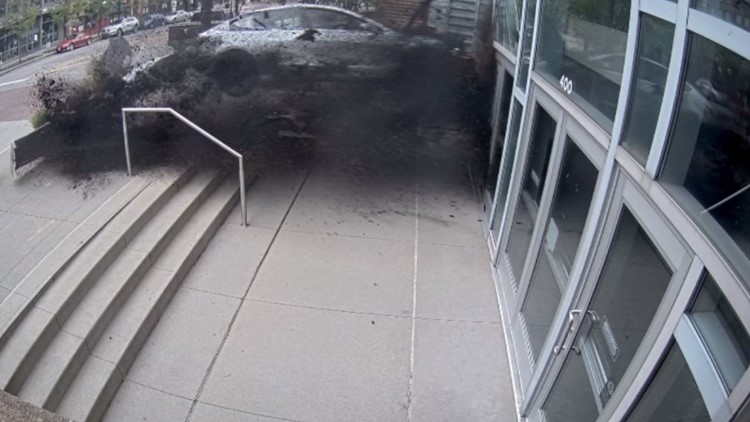 A crash report says the driver hit the building going 70 mph on May 4. Police said the driver of the 2020 Telsa Model S was traveling on Vine Street at a very high rate of speed, ran a red light and crashed into the center.

According to police, the driver said he lost control of his brakes on state Route 315 and exited onto Neil Avenue, but maintained a speed of 70 mph.

The video shows the Tesla hitting a curb and going airborne through the center’s glass doors. Another camera from inside the building shows the vehicle driving through the doors, hitting a pillar and stopping.

Two witnesses standing on the sidewalk in front of the convention center told police it appeared the driver increased his speed in order to make a yellow light. Another witness said it did not appear that the driver attempted to hit the brakes before hitting the building.

The driver was taken to a hospital in what police described as stable condition. He was cited for failure to control.