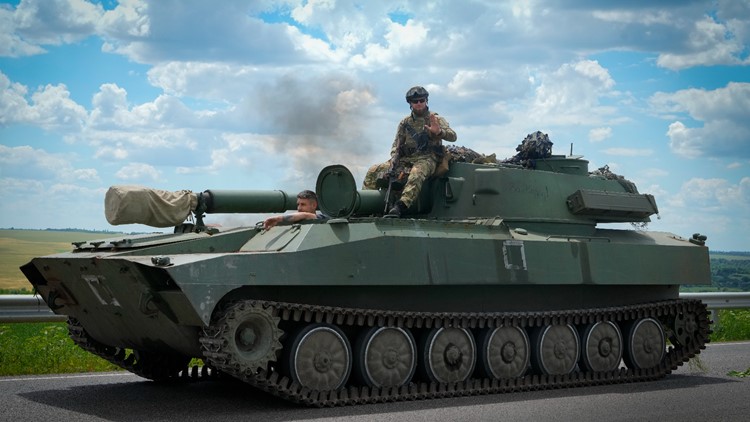 Thousands of U.S. citizens in recent months have fled to Ukraine and taken up arms to assist against Russia’s invasion.

WASHINGTON — Another U.S. citizen has died in Ukraine, a spokesperson for the State Department has confirmed.

Stephen D. “Steve” Zabielski of Hernando, Fla. and previously of Cranesville, N.Y. died May 15 while “fighting the war” in the village of Dorozhniank, Ukraine, according to his obituary published by an upstate New York newspaper. He was 52 years old and just weeks away from his birthday.

The State Department declined to provide any other details regarding his death out of respect for his family. Thousands of U.S. citizens in recent months have fled to Ukraine and taken up arms to fight in the war to assist against Russia’s invasion.

More recently, two U.S. veterans were captured by the Russian military. State media RT reports that the two were being held by Russian-backed separatist forces in the Donbas region of eastern Ukraine.

The obituary described Zabielski as a person who “enjoyed life to the fullest.”

“He enjoyed hunting, fishing, & riding his Harley. Steve will be missed by all who knew and loved him,” the obituary read. He had worked in construction for over 30 years prior to his death.

Zabielski is survived by his wife, five stepchildren, seven siblings and other family members, according to his obituary. He was preceded in death by two siblings and his first wife.

A State Department spokesperson said the agency had been in contact with Zabielski’s family and provided all consular assistance. The department reiterated its warning against U.S. citizens travelling to Ukraine because of the armed conflict and Russian officials “singling out of U.S. citizens.”

At least four other U.S. citizens have been killed in Russia’s war so far, with Zabielski becoming the second to die as a result of participating in the conflict.