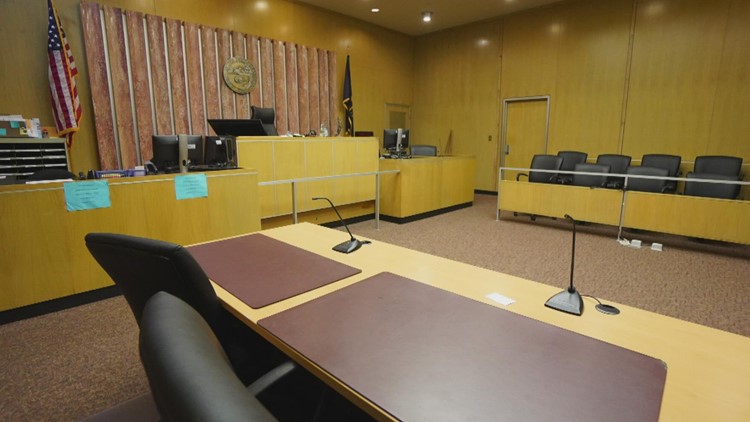 The group faced lots of scrutiny after some clients committed violent crimes while out on pretrial release.

INDIANAPOLIS — The Bail Project said it is staying in Indiana despite a new law targeted at charitable bail organizations. Indiana lawmakers passed a new law that will impact the group’s funding and who it can help.

The group faced lots of scrutiny after some clients committed violent crimes while out on pretrial release. Some committed murder, another attacked IMPD officers. Those cases prompted the Indianapolis police union to target the group, then lawmakers and some victims’ families joined the call for change.

The outrage resulted in a new law – less restrictive than initial proposals – but one that will still significantly impact the group’s operations. Going forward, charitable bail organizations like the Bail Project will have to pay $300 every two years to apply for a certification through the Indiana Department of Insurance.

The law also takes aim at the group’s funding stream. It both limits what money charitable bail organizations can take in and chips away at the money they use to post bond.

RELATED: Bill to limit The Bail Project gets backing from shooting victim’s family

Tax returns show donations are a large part of how the Bail Project operates. Tax returns show the national group brought in more than $41 million in 2019. The Indianapolis site received more than $100,000 in local grants to help with crime prevention. However, going forward, those grants will be off-limits because the new law bans charitable bail organizations from using taxpayer money to bail out Hoosiers.

The law will also take aim at the group’s revolving bail fund.

The group uses donated money to post bond for one person. When that person’s case is complete the group gets the money back and reuses it to help someone else out. However, now in Indiana that won’t happen. Court fines and fees can be taken out of the bond money and the leftover money will go back to a defendant instead of the Bail Project.

“When we look at the impact of our revolving bail fund, yes, it is going to take a hit because of that,” Gaspar said. “But the broader question is, if this was a need that the legislators saw or the judges believed that was necessary, why doesn’t it extend to an entity that profits off of the backs of poor people?”

RELATED: Bail Project report: 73% of clients released and did not face additional arrest

Gaspar says the group is still evaluating how these changes will impact local operations but said, “We’ll still be here.”

“Now our legislation has determined, that even if you have something from 30 years ago that, that should still have a negative impact on your ability to be helped in this particular moment,” Gaspar said. “And that is a wrong way of serving justice.”

Gaspar says tracking that information is tricky. The Bail Project and the state are working to create a system so it’s easier to identify older cases.

The project is also working to rebuild relationships within the community, including with the Marion County Superior Court.

Back in December, the court suspended its support of the project including a provision allowing it to receive bond payments at the end of client cases. Indiana’s new law means the group no longer needs judge’s support, but it still wants to mend the relationship.

“I would start by saying we’re not seeking to regain the support of the court,” Gaspar said. “We’re seeking to, with everyone, just making sure you understand our work … our goal was to end cash bail.”

The group hangs its hat on the fact that clients in Indianapolis made 95% of scheduled court dates. Locally it’s helped 967 unique clients but made 980 client bailouts. Of those, 64% of cases were dismissed.