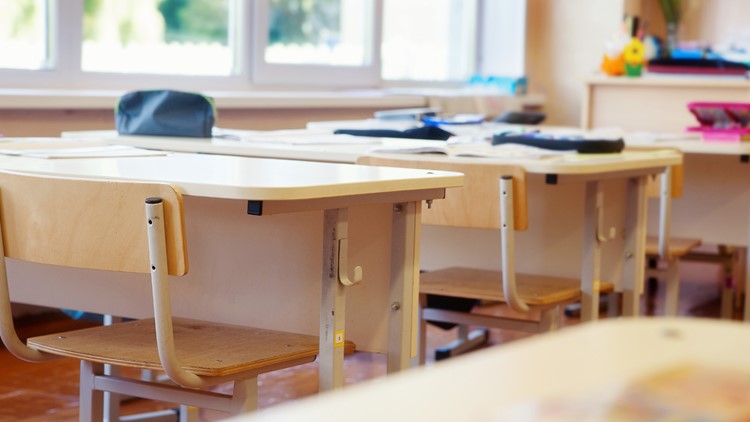 Some Indiana schools are getting less than half the applicants they were seeing before the COVID-19 pandemic — while also struggling to keep their current staff.

INDIANAPOLIS — Some schools across Indiana are feeling the pressure to fill open teaching positions as the fall school year approaches. School leaders say if they aren’t filled, it could impact your child’s education.

“This is the time of year where we’re looking for those applicants, we are looking, trying to fill those positions with the best possible teachers that we can have for our students,” said Jennifer Brinker, assistant principal at Greenwood Middle School, where most of the open positions are already filled for the fall semester. “If we had a language arts opening in 2014, we might have 20-30 applicants easily for that position. Now, we’re finding about five.”

However, Brinker said other schools across the state are not having as much success in filling open positions, with one of the key reasons being lack of pay.

“Indiana has struggled to keep up with inflation to pay their teachers good wages here, so a lot of people leave the state and go elsewhere,” Brinker said.

According to the Indiana Department of Education, there are more than 2,500 open teaching positions in the state, and most of them are for this upcoming school year. Brinker said if these positions aren’t filled, students will be impacted.

“It will make class sizes larger, you will start to see a dip in quality in education for your kids, and I do have concerns to where that will eventually lead,” Brinker said.

According to Brinker, more teachers will apply in the coming weeks, so your youngest Hoosiers will hopefully get the education they deserve.

“It can be the most rewarding career out there, but we just need to make sure that we’re attracting good people to this and keeping them,” Brinker said.