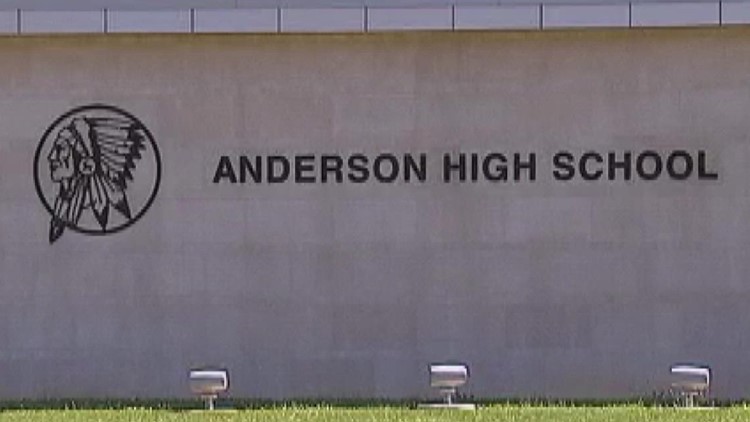 Anderson Public Schools has concluded its internal review and decided to continue suspending the use of its controversial mascot.

ANDERSON, Ind. — For the time being, Anderson Public Schools won’t be using its controversial Indian mascot. The chief of the Delaware Tribe of Indians said a key school leader has promised to bring the issue to the school board, which could cement the end of the use of the mascot altogether.

Chief KillsCrow has been in talks with Superintendent Dr. Joe Cronk after a viral TikTok surfaced that appears to show students performing in Native American garb before a basketball game. The school district said the 70-plus year tradition is meant to honor Chief William Anderson, who the city of Anderson is named after. But the Delaware Tribe of Indians said the school’s tradition falls short.

KillsCrow argued the performance didn’t show the identity of their Lenape Tribe. For example, Chief Anderson wouldn’t wear the garb of the school mascot.

As a result of the controversy, Anderson High School suspended the use of its mascot until it finished an internal review. The district was scheduled to report to the Delaware Tribe on Friday, April 29.

KillsCrow said Wednesday, school leaders gave him a slideshow presentation and that Cronk promised to take the issue of the mascot to the school board, where a more permanent change can be implemented.

In the meantime, KillsCrow said Cronk confirmed the school would continue suspending use of the mascot.

KillsCrow said he’ll work to educate others about his tribe.

“The Delaware Tribe is committed to the education of communities in support of our culture,” KillsCrow said. “We will continue to strive for an informed community that reflects everyone with respect.”

KillsCrow had a list of ideas for how the school district can honor the Native American heritage. His suggestions included putting up a statue or a painting, having students learn the tribe’s history and putting Chief Anderson’s name on the backs of student athletes’ warmup jerseys as a way to pay tribute.