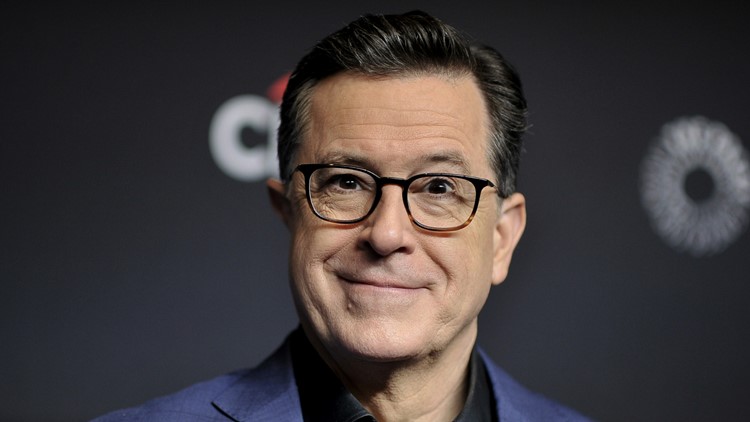 His ‘Late Show’ monologue Monday was his first time addressing the Thursday incident.

NEW YORK — Stephen Colbert pronounced his staff members who were arrested at a congressional office building last week as guilty of “first-degree puppetry,” and lashed out at those comparing the incident to the Jan. 6, 2021, U.S. Capitol riot.

That includes Fox News Channel’s Tucker Carlson, who in a tongue-in-cheek monologue about “Insurrection 2.0” on Monday called Colbert a “white extremist.”

Seven people who identified themselves as affiliated with CBS’ “Late Show” were detained by Capitol Police following reports of a disturbance at the Longworth House Office Building on Thursday night. The seven include Robert Smigel, the voice of Triumph the Insult Comic Dog.

Colbert said on his show Monday night that they were doing “some last-minute puppetry and jokey make-’em-ups” when they were taken into custody. He said it was not surprising.

“The Capitol Police are much more cautious than they were 18 months ago, and for a very good reason,” he said. “And if you don’t know what the reason is, I know what news network you watch.”

Colbert said everyone involved was calm and professional. He offered no apologies for the incident.

CBS has said that interviews conducted by Colbert’s team were authorized and pre-arranged through congressional aides. It was not clear whether Capitol Police were told in advance that they would be in a building normally closed to visitors. Capitol Police said the group had been earlier told by them to leave Longworth.

Fox News has seized upon the story, which led Colbert to say that anyone attempting to draw equivalence between Jan. 6 and last week’s incident is shamefully insulting the memory of those who died at the Capitol.

“I am shocked I have to explain the difference,” Colbert said. “But an insurrection involves disrupting the lawful actions of Congressing and howling for the blood of elected leaders to prevent the peaceful transfer or power. This was first-degree puppetry. This was hijinks with intent to goof.”

Carlson, meanwhile, has denounced the work of the congressional committee looking into what happened at the Capitol on Jan. 6. He led his show Monday with the Colbert incident.

“We’re literally still shaking as we realize how close our country came to losing our democracy last Thursday,” he said. June 16 is “a day forever branded in our memory, a day that has joined the pantheon of tragic turning points in human history. Where were you on 6/16? You’ll never forget — and neither will we.”

He said Colbert must be stopped from “spreading his hate unfettered, convincing future generations of insurrectionists to do what his team of saboteurs did last week.”

Chyrons onscreen as Carlson talked said “We Are Truly Scarred By What We Saw” and “Our Wounds Could Take Years to Heal.”