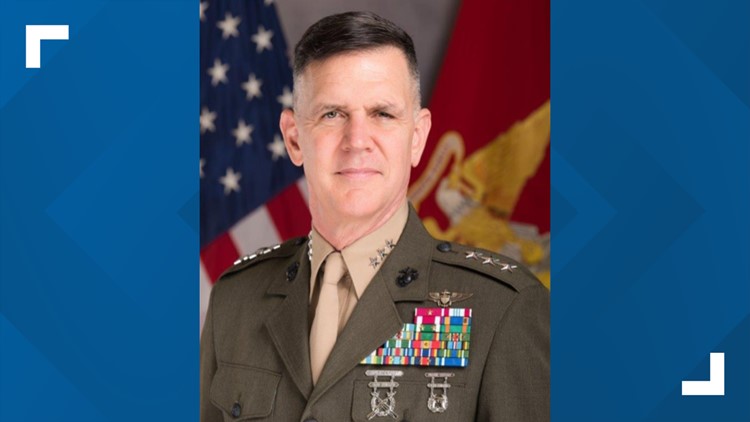 Lieutenant General John Jansen will give the keynote address at the 2022 memorial service.

INDIANAPOLIS — The 500 Festival announced Lieutenant General (Ret.) John Jansen will be the keynote speaker for this year’s memorial service.

The 2022 American Legion 500 Festival Memorial Service will be Thursday, May 26 at 4 p.m. at the Indiana War Memorial. The annual event is free and open to the public.

The service will include a color guard presentation, a wreath-laying ceremony, and a rifle salute, flyover and the playing of “Taps” to honor fallen service men and women.

Jansen, an Indianapolis native, is retired from the U.S. Marine Corp., where he was the CFO and responsible for the branch’s $48 billion annual budget. For more than 30 years and over nine deployments, he led Marines in first high-risk security operations around the world.

“We are truly honored to have Lieutenant General (Ret.) Jansen speak at The American Legion 500 Festival Memorial Service,” said Bob Bryant, president and CEO of the 500 Festival. “Memorial Day weekend is a time to reflect on the sacrifices made by those who serve and have served, and the words of Lieutenant General (Ret.) Jansen will help us to remember and reflect upon the selfless men and women who have lost their lives in defense of our country.”

Jansen is a graduate of St. Lawrence Catholic School, Bishop Chatard High School, and Indiana University, where he earned a bachelor’s degree in finance.

“Americans hold in their hearts, great respect and gratitude for those men and women who have made the ultimate sacrifice of their lives in service to this great Nation,” Jansen said. “And as Memorial Day is our national day of remembrance for this sacrifice, our Gold Star Ceremony reminds us that the sacrifice is not just that of an individual, but that of an entire family.”