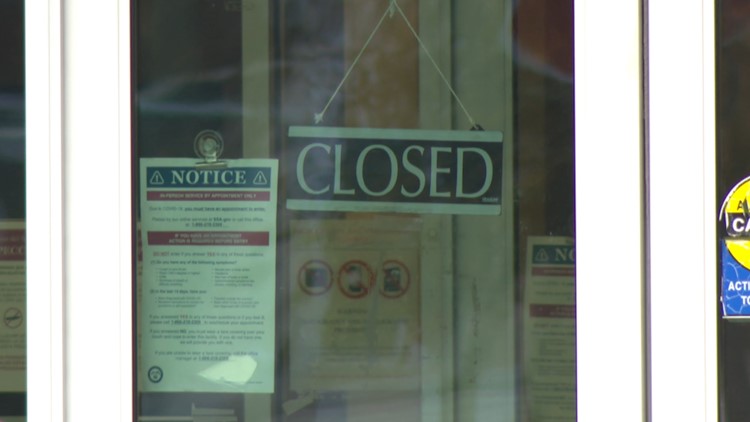 Because of the pandemic, the Social Security Administration suspended in-person services at its 1,230 field offices nationwide back in March 2020.

INDIANAPOLIS — Nearly two years after the start of the COVID-19 pandemic, Indiana’s U.S. senators want to know why Social Security field offices are essentially still closed to the public.

Sen. Todd Young, Sen. Mike Braun and more than a dozen other Republican senators sent a letter this week to the top administrator at the Social Security Administration, urging the agency to take immediate action.

“On behalf of the nearly 70 million Americans who receive benefits from SSA, we reiterate the need to reopen the field offices as quickly as possible,” the senators wrote to SSA acting commissioner Dr. Kilolo Kijakazi.

Because of the pandemic, the Social Security Administration suspended in-person services at its 1,230 field offices nationwide back in March 2020. The agency has since started offering a limited number of in-person appointments, while at the same time encouraging Americans to take care of their Social Security business online or over the phone.

But that is easier said than done.

Over the past two days, 13News has been unable to get through to any Social Security office in the Indianapolis area or the agency’s press office in Baltimore. Young said his office has had the same experience.

“My staff recently called the Indianapolis office to get a better sense of what was going on, and they were placed on hold for over 30 minutes,” he told 13News Thursday afternoon. “Ultimately, they were disconnected from the call. Never spoke to a human being, so even the automated, remote service delivery that the Social Security Administration is trying to offer obviously comes with limitations.”

Young said even with some Social Security services available online, many seniors don’t have internet access or the ability to navigate the agency’s online system. Some Social Security issues can only be handled in person, he added.

The senator also said this is not a partisan issue, and he called on President Joe Biden and SSA administrators to fully reopen field offices right away.

“I actually think it’s realistic to require this to be done before year’s end,” he said. “I imagine this is impacting Republicans and Democrats alike. We all want the basic functions of government to be restored.”

The Dec. 8, 2021 letter that senators sent to Kijakazi cites other concerns about limited access to SSA field offices and staff.

“Of additional concern is the impact the closed field offices have on individuals who qualify for benefits but are discouraged from applying for them. Supplemental Security Income awards are down, as are disability benefit approvals, likely also a reflection of SSA’s lack of reopening plans,” the senators stated in their letter.

Senators said they are also troubled that the SSA’s own inspector general found the agency is not tracking the amount of incoming and outgoing mail to ensure it has enough staff to process and return original documents such as driver’s licenses, birth certificates and passports needed to determine a person’s eligibility for benefits or to receive a Social Security card.

“These failures reinforce the necessity for a prompt return to in-person services as quickly as possible,” wrote the senators, who also requested a copy of the “current SSA reentry plan.”

Thursday morning, 13News called and emailed the Social Security Administration for a response to the senators’ letter. So far, SSA officials have not provided a response.