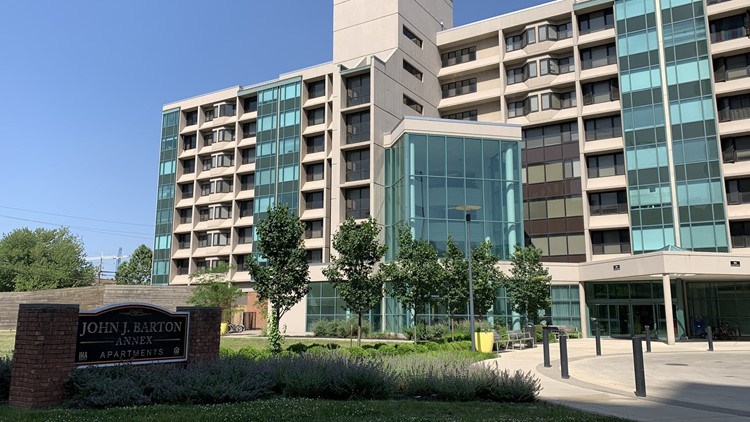 “I’ve been calling every day for two months,” said Joyce Dunn, who lives at of John J. Barton Apartments.

“I’ve been calling every day for two months, every day,” said Joyce Dunn, who lives at of John J. Barton Apartments on Massachusetts Avenue.

According to Dunn, those calls to the Indianapolis Housing Authority are about the air conditioning – or the lack of it.

Dunn says her air has worked intermittently for the past two months, and even when someone comes to get it up and running, it never stays that way for long.

“When they come, it’ll work for a few minutes, and when they leave, it shuts off and that’s not right,” Dunn explained. “I pay my rent. I’m a senior citizen and that’s it. That’s all.”

With no air again this week, Dunn has been staying with family.

“Two days ago, it just went out, all the air conditioning,” said Kenneth France, who also lives at the Barton complex.

IHA said they were at Barton Tuesday morning to check out the complaints. They say that’s when maintenance workers discovered someone had turned off a valve that feeds water to the air conditioning system.

By Tuesday afternoon, IHA said most units had working air conditioning, while they only had a few reports of no air in some of the units.

“Evidently, mine is one of the ones that don’t,” said Dunn, who said she doesn’t understand why her apartment continues to have problems. The 67-year-old grandmother said she’s hot right now, tired and wants something done.

“The only thing I know is it’s too hot,” said Dunn.