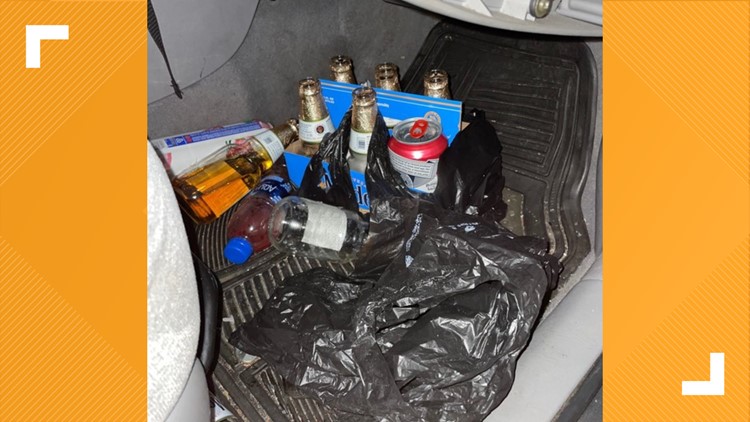 The woman was arrested for drunk driving after the incident Monday morning in Speedway.

SPEEDWAY, Ind. — An Indianapolis woman was arrested early Monday after police said she was driving drunk when she hit an Indiana State Police trooper and an IMPD officer on High School Road, then left the scene.

The trooper was taken to the hospital with serious injuries. The IMPD officer was treated at the scene for minor injuries.

The woman, identified as 35-year-old Mayte Alaverez Rebollar, was arrested by Speedway Police shortly after she allegedly struck the police officers.

A State Police account shared with the media says at 3:26 a.m., Trooper Keith Martin stopped to assist Speedway and IMPD officers in the 2700 block of High School Road where a semi-trailer was on fire.

Trooper Martin was standing at the scene when he was struck by a silver Toyota Corolla. The IMPD officer also sustained injuries from the collision.

Shortly after the crash, Speedway Police stopped the Toyota near 7500 Crawfordsville Road in Brownsburg. Officers noted damage to the vehicle consistent with the collision on High School Road and they found open alcohol containers inside.

After a preliminary investigation, Rebollar was arrested on the probable cause of operating a motor vehicle while intoxicated causing serious bodily injury and leaving the scene of a crash causing injury.

She has not been formally charged by the Marion County Prosecutor’s Office, which will review the case and make a final charging decision.

Check back for updates to this developing story.