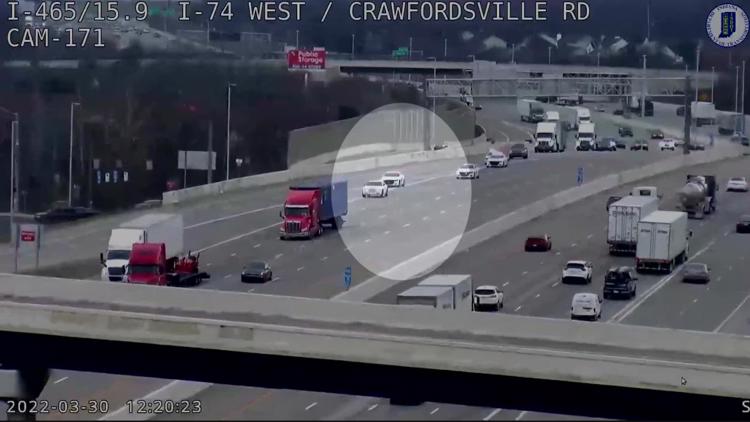 13 Investigates learned the rules for when to chase differed, depending on which policing agency was involved.

INDIANAPOLIS — This week, a motorcyclist died and a major highway was temporarily shut down because of police chases in central Indiana.

13 Investigates learned the rules for when to chase differed, depending on which policing agency was involved.

Henry County deputies were involved in this week’s first major pursuit. It happened Sunday and involved a motorcyclist. Deputies crossed into Hancock County to chase down the driver wanted for a felony warrant. The sheriff’s department said he died after running a red light and crashing into another driver on SR 9 in Greenfield.

Henry County’s deputy pursuit driving policy allows “high speed” chases if a suspect has committed a serious felony that resulted in death or serious bodily injury. It also allows a deputy to pursue if he or she thinks a suspect will commit such a crime. They can also pursue for lesser offenses, but not as aggressively.

Hancock County deputies did not participate in the pursuit, but did help process the crash scene. Its policy allows deputies to pursue if they believe a person may have “committed a traffic infraction, a misdemeanor or a felon.”

Hancock County deputies are also allowed to chase a person or group of people that “poses an immediate threat to the safety of the public or other police officers.” However, the policy does not allow officers to fire at or from a moving vehicle, “unless it is necessary to prevent imminent death or serious bodily injury.” The Hancock County Sheriff’s Department said the policy was updated in 2007, and it is currently in the process of updating all policies.

This week, 13News reported a couple pursuits involving IMPD officers. The department has one of the more restrictive policies we reviewed. The policy was updated in 2020 and explicitly says officers cannot give chase just because someone flees or for a traffic violation alone. Officers can pursue if there is a “reasonable suspicion” someone in a vehicle has “committed, is committing, or is about to commit a felony” or if the officer “witnesses a misdemeanor offense.”

IMPD’s policy also states a pursuit should end if “the risk to public safety outweighs the government’s interest in apprehending the suspect.”

RELATED: 2 arrested after IMPD chase on city’s south side

One of the most notable chases this week happened Wednesday when police had to shut down part of I-74 temporarily. Troopers were chasing a suspect who they say refused to stop for a traffic violation. State police say the suspect shot at troopers and then died from a self-inflicted gunshot wound.

Indiana State Police’s policy gives troopers more discretion when it comes to conducting a vehicle pursuit. The policy states a chase should not happen or should stop when the “risk to the public’s safety” outweighs the need to make an arrest.

All four of the policies 13 Investigates reviewed allow officers to cross jurisdictions. However, there are rules about communicating with their own department and other policing agencies via radio.

ISP has statewide jurisdiction. Troopers can only take pursuits across state lines if the suspect used deadly force or is suspected of using deadly force.