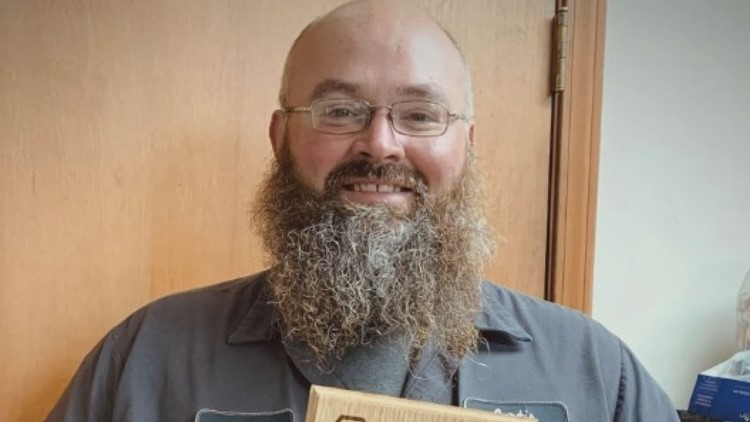 Matt Roberts was shot while trying to help a stranded driver on I-70 in Putnam County.

PLAINFIELD, Ind. — A Plainfield police officer will be recognized Monday at the town council meeting for his efforts to keep a shooting victim alive back in March.

Tow truck driver Matt Roberts went to help a stranded driver, Joseph Jackson, on I-70 near Plainfield on March 25. Jackson’s 4-year-old daughter was in the car with him at the time. According to Indiana State Police, when Roberts arrived to help Jackson, Jackson shot Roberts, grabbed his daughter out of the car, then jumped into the tow truck and drove off.

Plainfield Officer Jake Smith responded to the scene and found Roberts had been shot several times. He put a tourniquet on Roberts’ arm to prevent blood loss from one wound. He packed another wound in Roberts’ chest with gauze and held it with his finger to prevent further blood loss from that wound.

Roberts was in critical condition when medics took him to the hospital, but Smith was able to keep him alert and talking long enough to get details about Jackson, helping other officers find him since he drove off.

Thanks in part to the care Smith gave to Roberts on the scene, Roberts survived his injuries and is expected to make a full recovery.

“He came out to help somebody. Instead of helping somebody, he got shot five times,” said Putnam County Sheriff’s Office Cpl. Scott Ducker. “It is a miracle. He’s a tough guy. He’s going to fight to pull through.”

At the Plainfield Town Council meeting Monday, Roberts will award Smith with the department’s Lifesaver Award. The meeting is at 7 p.m. at the Plainfield Fire Territory headquarters at 591 Moon Road.