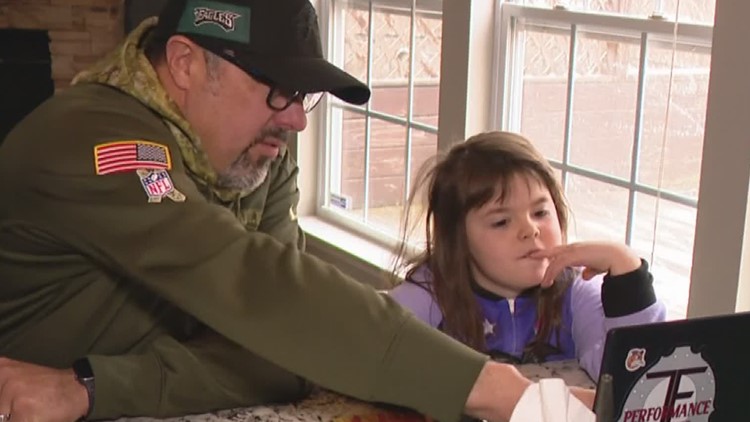 Lawmakers also dictated they must be a “teacher directed synchronous instruction for at least fifty percent of the particular instructional day.”

INDIANAPOLIS — Next school year, districts will be limited to using three “virtual student instructional days.” The restrictions are part of a new law passed during this past legislative session.

A Washington Township mom told 13News she thinks the law is too restrictive.

“I think this is kind of a classic example of, like, intent versus impact,” said parent Carla Schmid. “I completely understand legislators … their intention, you know, to maximize the learning day. That we know kids learn better in person than virtually. But I think the impact of this will be different for different districts who have different needs.”

Schmid said her district planned to use e-learning days instead of early dismissal next school year. She believes the new law, which goes into effect July 1, will require the district to go back to the drawing board.

13News reached out to central Indiana’s 10 largest school districts about the new law. Not every district was able to answer our questions by our deadline. However, Wayne Township said it’s not concerned about the bill. Hamilton Southeastern reported it will plan to use e-learning days differently in the future because it was using them for professional development.

The virtual days language was part of HB 1093, which was passed with bipartisan support. Governor Eric Holcomb signed it into law March 15. The new law will go into effect on July 1.

It will only allow three e-learning days a year. Lawmakers also dictated they must be a “teacher-directed synchronous instruction for at least fifty percent of the particular instructional day.”

That means students will have to be at their computers following along like they would in a classroom. Schmid said her son, who has special needs, did better with asynchronous e-learning days.

“It went better for our family, because he could work at his own pace and that was awesome,” she said.

While the bill limits a district’s e-learning days, there is an exception for “extraordinary circumstances.” Lawmakers did not define what that means, instead putting that on the state department of education, which is currently working on defining what that means and creating a waiver process for districts seeking more e-learning days.