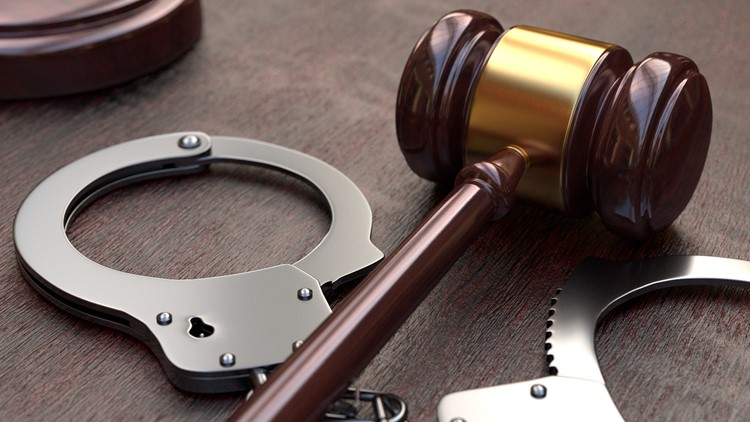 Mya Moody had heroin hidden inside of her when she was arrested, which she dealt to several inmates, one of whom died from acute fentanyl intoxication.

MUNCIE, Ind. — A 33-year-old Muncie woman was sentenced to 40 years in prison Wednesday in connection to an inmate’s deadly overdose.

On May 26, a Delaware County jury deliberated for about 90 minutes before convicting Mya Moody of dealing in a controlled substance resulting in death, a Level 1 felony.

Moody was arrested in October 2021 for driving with a suspended license, unlawful possession of a syringe and possession of paraphernalia. Deputies took Moody to the Delaware County Jail, and she had heroin hidden inside of her at the time.

After Moody was booked into the jail, she dealt the heroin to several inmates, including 37-year-old Dianna Rose Pace, who later died of acute fentanyl intoxication.

Moody had prior convictions for robbery and dealing in a lookalike substance.

During the sentencing hearing, Chief Deputy Prosecutor Zach Craig said Moody is “a human hurricane causing destruction in her path.”

“These convictions should send a crystal clear message to drug dealers: If you deal narcotics in Delaware County and your customer overdoses and dies, you will be prosecuted and you will be held accountable. Stop selling your poison in our community,” prosecuting attorney Eric Hoffman said in a news release.