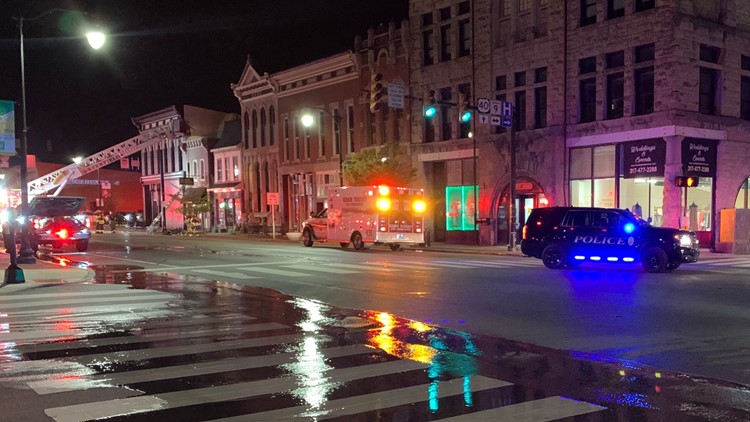 GREENFIELD, Ind. — A man was pulled from an apartment fire in downtown Greenfield early Monday morning.

Crews found heavy smoke and located a man inside an upstairs apartment. The man was pulled from the apartment and in cardiac arrest when transported to Hancock Regional Hospital, fire officials said.