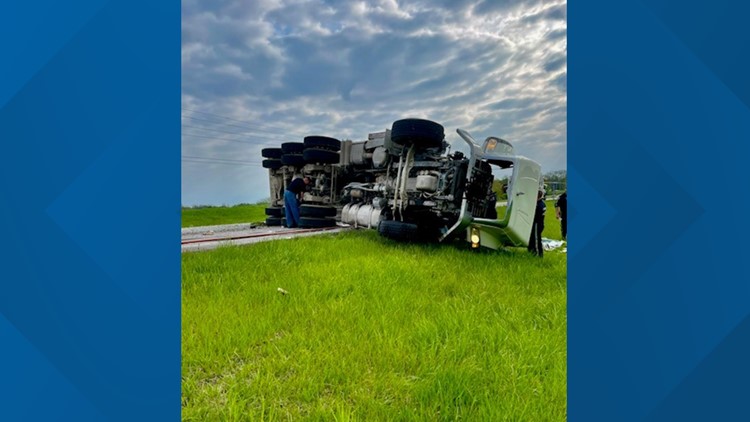 PUTNAM COUNTY, Ind. — A 64-year-old man was seriously injured when the dump truck he was driving flipped on a Putnam County highway Tuesday morning.

Around 8:30 a.m., Indiana State Police troopers and the Putnam County Sheriff’s Department responded to U.S. 40, near County Road 475 East, for a single-vehicle crash.

A preliminary investigation revealed that Larry S. Brown, of Crawfordsville, was driving a Mack dump truck eastbound on U.S. 40 when he lost control of the vehicle. Brown traveled to the south side of the highway, running off the roadway before overcorrecting back to the north side and causing the vehicle to roll over, police said.

The Greencastle Fire Department helped extract Brown from the dump truck. He was flown to an Indianapolis hospital due serious injuries he sustained in the crash.