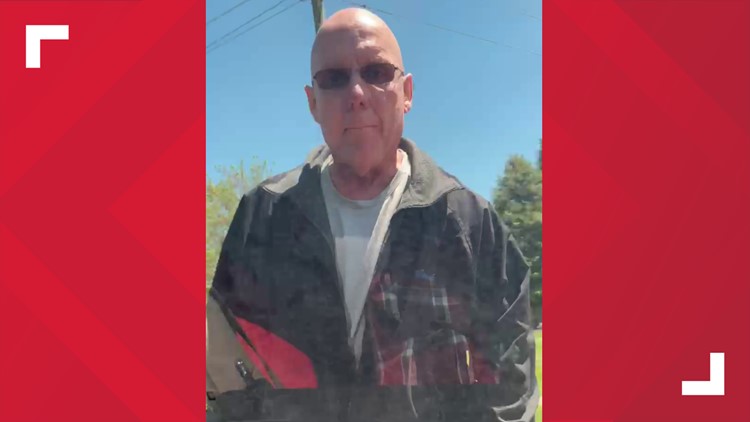 INDIANAPOLIS — IMPD detectives are asking for the public’s help in identifying a suspect involved in a road rage incident on the city’s southeast side.

On May 8, police responded to the 6300 block of Lonestar Drive, near East Stop 11 Road and South Arlington Avenue, shortly before 1 p.m. on a report of a person assaulted and pointing a gun.

When police arrived, they spoke with a 17-year-old victim and the victim’s parent.

The victim told police he threw a water bottle from his vehicle. Shortly after, an unidentified man walked up to the victim’s vehicle and pointed a gun at the victim.

The suspect is believed to be an older, bald man and was driving a blue Nissan.

Anyone with information on the incident or suspect’s whereabouts is asked to call Crime Stoppers of Central Indiana at 317-262-8477.