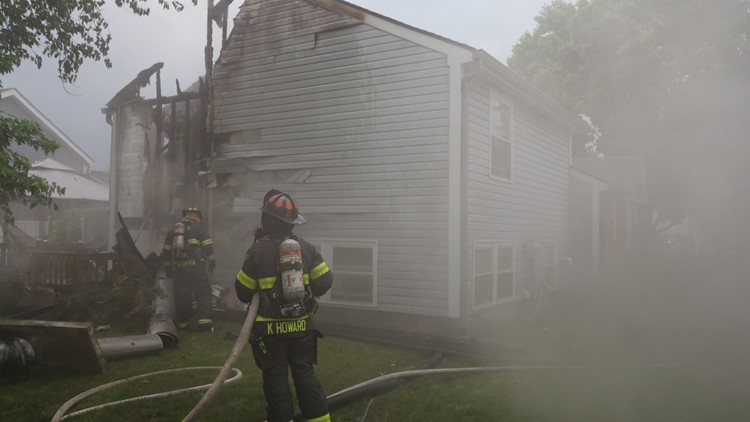 INDIANAPOLIS — A retired firefighter’s home was struck by lightning Monday, causing severe damage to the home and displacing the firefighter and his family.

Doug Bish and his wife, Grace, were with their daughter and a cat at their home on the northeast side of Indianapolis when lightning struck during Monday’s storms.

Grace told firefighters she heard and felt the lightning strike hit the chimney and her electronics all “zapped.” That’s when Doug, who served with the Indianapolis Fire Department for 25 years before retiring in 2016, found himself on the flip side of the coin.

According to IFD, the lightning strike traveled from the chimney to the basement, causing extensive damage to several floors.

By the time firefighters arrived at the home, located in the 8000 block of Cardinal Cove just south of East 82nd Street, it was engulfed in flames.

IFD said the home was significantly damaged. Thankfully, no one was injured in the fire.

The family said they were all packed and ready to leave for a much-anticipated vacation. They’re now working with IFD Victims Assistance and their insurance for shelter and to secure the house.