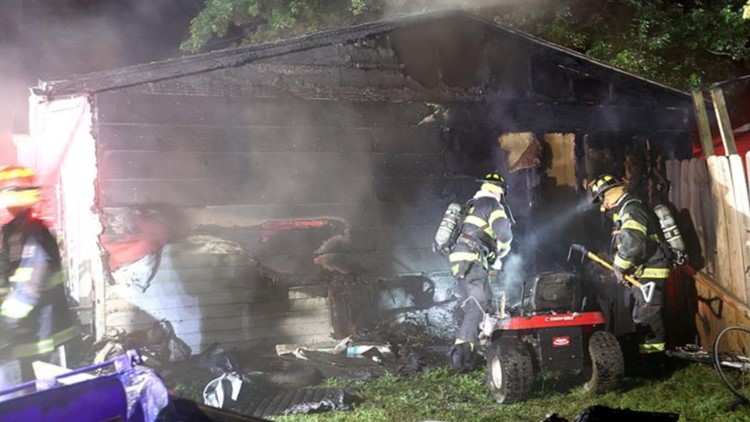 Not all heroes wear capes. Some play tuba or trombone in their high school’s marching band or are stars on its wrestling team.

Max Campbell, 17, and brothers Alex, 17, and Julian Lindley, 15, were dropping Julian’s girlfriend off at her house at around midnight Thursday morning.

A few moments later the three Taylor High School students saw fire coming from a nearby house that one of their friends lives in, according to our news partners at the Kokomo Tribune.

They immediately went to the house and knocked on the door to warn those inside.

“We got out of the car and knocked on the door, and they didn’t answer,” Alex told the Tribune.

That’s when the trio went around the house to their friend’s window and knocked again, finally getting someone’s attention.

“They didn’t believe us at first,” Alex said. “They thought we were pranking them. And we were like, ‘Dude, your house is on fire.’ … The fire was spreading quickly, too.”

After the reality of the fire set in, Campbell and the Lindley brothers helped their friend’s father and a neighbor get everyone safely out of the house, including six people and four animals.

“It’s just one of those things that there can’t be any hesitation in a serious situation like that because when there’s hesitation, that’s when things go from bad to worse,” Max said. “We just happened to do the right thing at the right time.”

At 00:45 hrs crews were dispatched to Buckskin Dr. in Indian Heights for a report of a structure fire. First crews…

Posted by Professional Firefighters of Kokomo Local 396 on Thursday, June 16, 2022

“Houses can be fully involved, and because of trees and things like that, you may not even notice it,” Frazier said. “So the fact that those boys were able to pick out that it was on fire, stop, initiate 911 and get us on our way and also try to go get those people out of the house — that says a lot about them.”

The cause of the fire was under investigation.