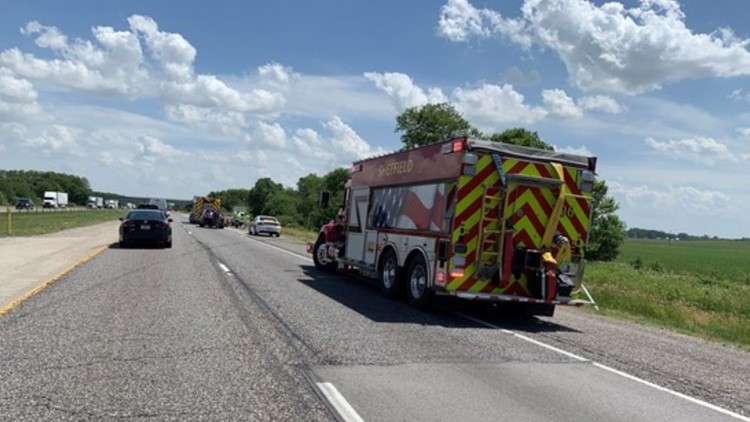 LAFAYETTE, Ind. — One person is dead after a Thursday afternoon crash on Interstate 65 in Tippecanoe County.

Three other people were injured.

State Police said the accident happened around 2:30 p.m. just south of State Road 38 when the driver of a car lost control, went off the road and rolled over.

A passenger in the car was pronounced dead at the scene. The name of the victim has not been released.

Three other people in the car were taken to a hospital with what police believe were non-life-threatening injuries.

During the investigation, an ISP spokesperson said they determined that the driver of the car had a suspended license. After being released from a hospital, 49-year-old Melege Johnson, Indianapolis, was arrested a preliminary charge of driving while suspended causing death, a felony.