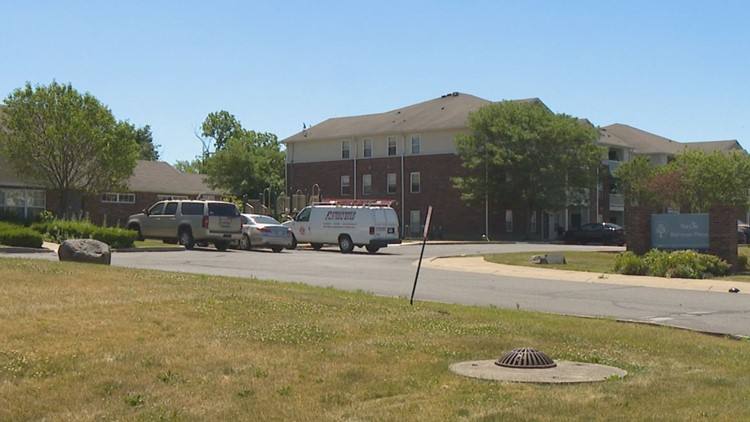 While none of Thursday morning’s multiple shootings ended in death, community leaders say any kind of gun violence is unacceptable.

INDIANAPOLIS — After another violent night across Indianapolis, families are once again left wondering: When will the shootings end, and what will it take to finally stem the violence?

So far this year, Indianapolis has seen 104 homicides. And while none of Thursday morning’s shootings ended in death, community leaders say any kind of gun violence is unacceptable.

13News spoke with one mother whose mission is to make a positive change for peace.

“I never thought somebody would shoot my baby, but stray bullets are real,” said DeAndra Dycus.

She and her now 21-year-old son, Dre, have been living with that reality for the past eight years, ever since Dre was hit by a bullet while at a birthday party.

“My son was shot at 13. He’s a quadriplegic,” Dycus explained.

RELATED: Shooting survivors get help from new team of advocates with IMPD

Since that time, Dycus started the non-profit Purpose for My Pain and now works with the city, reaching out to offer support to victims of non-fatal shootings, like her son and their families.

“My heart always instantly goes out to the parents of what that journey looks like for them. Their child’s life has been altered or taken, and so it always takes me back,” she said.

Thursday morning, Dycus woke up to the news that seven people had been shot in the early morning at three separate locations, all within 30 minutes. The victims included a 14-year-old boy, shot in the foot by a stray bullet while he was sleeping.

“It definitely takes me back,” said Dycus. “Once you’re impacted, you’re always impacted.”

Dycus is worried about what’s to come July 1, when a permitless carry gun law goes into effect in Indiana.

“Now that permitless carry is here, giving more people access, let’s start getting into the educational piece of gun safety,” Dycus said. “What’s it like to keep a lock on it? What’s it look like to keep it stored properly?” she asked of educational measures she believes must happen.

Dycus advocates in other ways, too. Her nonprofit partnered with the city last Friday night to host the first weekend of Safe Summer programs for teens at Riverside Park.

“Every opportunity or space granted to save a kid from 7 to 10 p.m. on a Friday night in Indianapolis is a space we should want our kids in,” Dycus said. “It’s one step in the right direction.”