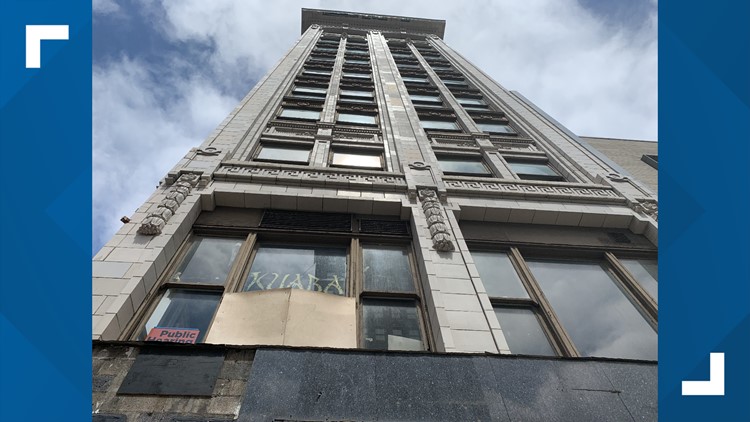 Workers will renovate 47,000 square feet of space, and the total cost of the project will be $54 million.

INDIANAPOLIS — Changes are coming to the corner of Meridian and Washington streets.

“This is transformative, not only this property but all that is going on downtown,” said Bob Schultz with Downtown Indy, Inc.

Schultz is talking about the historic King Cole building — also known as the Kahn building.

Built in 1916, it housed a variety of shops, offices and restaurants, including Kahn Tailoring.

City leaders said they’ve been working with the owners and developers for years.

“Their concept is to make it into a Hilton Motto hotel, which is exciting. And so it will have a food focus and a real local presence. They’ll have three restaurants: one rooftop, one speakeasy, and one main restaurant,” said Scarlett Anderson, director of the Indianapolis Department of Metropolitan Development.

Anderson said the total cost of the project is $54 million. She also said the project won’t lose its historic feel.

“One thing we know is…these types of buildings downtown are traditionally ripe for the conversion to residential and hotel,” Anderson said.

“Part of the cultural experience is the facades of historic buildings, and so this will keep a sense of that façade from what we are told,” Schultz said.

City leaders said their goal is to try and fill vacant buildings.

Leaders said this is only the beginning phase of a vision to spur a new and improved downtown.

“Downtown remains the top convention and meetings destination in the country and so we want to see this rising tide lift all ships,” Schultz said.