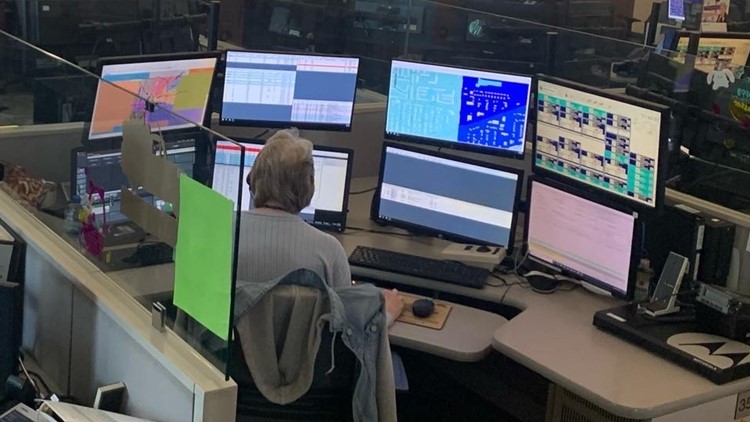 The city will increase the availability of licensed mental health professionals who can respond when someone reports a mental health crisis.

INDIANAPOLIS — Indianapolis city officials say they’re listening to the community and expanding the availability of licensed mental health professionals who can respond when someone calls 911 to report a mental health crisis.

Since 2017, the city has had a Mobile Crisis Assistance Team. The team currently includes eight IMPD officers, each paired with a counselor from Eskenazi Mental Health Center.

Together, the team of two responds to calls for help during a mental health emergency. If the call involves addiction or an overdose, a paramedic goes on the run, too.

RELATED: How a team of IMPD officers, health care professionals are helping Hoosiers in crisis

“We’re trying to teach officers just little points here and there, where they can make a difference and intervene in a conversation that might help de-escalate a patient or citizen,” Richardson explained.

RELATED: Family of man who died in IMPD custody suing city and 6 officers

Right now, the eight teams work weekdays from 7:30 a.m. to 3 p.m. or 10 a.m. to 6 p.m. The plan is to expand that with the launch of a pilot program involving a team of only mental health counselors, available 24/7 to citizens in crisis.

“There are definitely some cases where all it takes is a clinician to help that individual going through crisis, but there are still instances where an officer should come, especially with weapons,” said Lauren Rodriguez, director of the Office of Public Health and Safety.

Rodriguez said city officials are still developing the new pilot program, expected to launch early in 2023. They plan to travel to Denver to check out a similar program.

“Our goal is to go out there and see how its run there, see what are the types of runs that only go to clinicians or for both of them, to make sure we’re laying the foundation in a strong way,” Rodriguez said.

The plans for expansion of such resources are being discussed as the family of an Indianapolis man filed a federal wrongful death lawsuit against the city and six IMPD officers Wednesday.

The lawsuit claims Herman Whitfield III’s family called for help on April 25, when Whitfield was having a mental health crisis in his home. According to the lawsuit, officers used a stun gun on the 39-year old-and “crushed the breath out of an unarmed, non-violent Mr. Whitfield.”