While the estate was listed for $14 million, the purchasing price is not being disclosed.

INDIANAPOLIS — Home furnishings retailer RH will be turning the DeHaan mansion into a giant showroom for its products.

Tim Ochs with Ice Miller, which represents the buyer, told 13News the property will actually be purchased by M Development out of Colorado. It will then essentially lease the space to RH.

While the estate was listed for $14 million, the purchasing price is not being disclosed.

The deal will call for the space to be used as a showroom, along with an upscale restaurant, wine bar and outdoor furniture gallery. Each room will have a separate design theme.

“Not a traditional showroom,” Ochs emphasized. “It’s a showroom in the sense that the rooms in the house will be staged.” 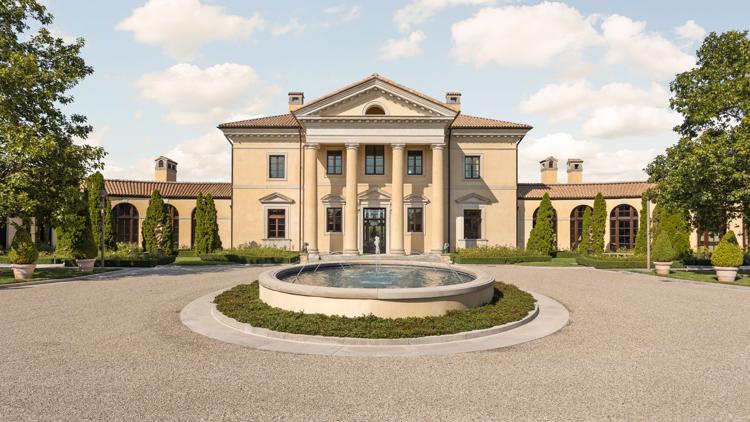 If an order is placed for one of the staged items, it would be shipped from somewhere else.

Ochs said part of the deal that made it attractive is that the only changes to the property will be the addition of a small parking lot. There will be no new structures, no landscaping changes and not even a tree removed.

“This is a use that is going to preserve the way the property is laid out,” Ochs said.

RH’s showroom is expected to open later this year or in the first part of 2023. RH, formerly called Restoration Hardware, has similar showrooms in other cities such as Boston, Chicago, New York and Dallas.

Linden House is the home of the late Christel DeHaan. The businesswoman, philanthropist and community leader impacted Indianapolis and beyond.

She died in June 2020 at the age of 77. Her home was recently added to the real-estate market and, despite the steep price tag, there are plenty of interested buyers.

The estate includes a 41,762-square-foot mansion, a private lake, terraces and formal gardens. There are seven bedrooms and 10 full bathrooms, plus seven half-bathrooms in the house built in 2007.

Paul Montgomery of Christel House International led 13News on a tour inside the mansion just weeks after it was listed on the market.

Once the estate is sold, the funds will be used to continue the work of Christel House International. In addition to the United States, the nonprofit serves nearly 6,000 students in countries including India, Jamaica, Mexico and South Africa.