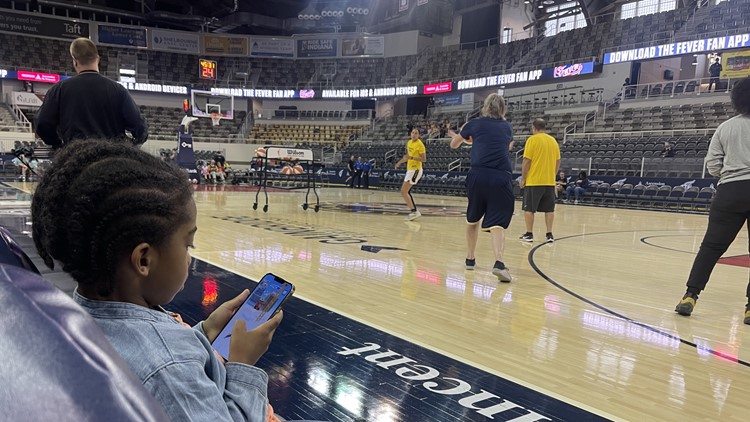 INDIANAPOLIS — This offseason, the Indiana Fever made some big moves as they rebuild, including a major trade that brought guard Bria Hartley here to Indianapolis. But she didn’t come alone. You can often find her 5-year-old son, Bryson, close by.

When Hartley was in her third year in the league, playing for the Washington Mystics at the time, she found out she was pregnant.

“I didn’t really tell anyone,” Hartley recalled. “Back with the old CBA, we didn’t have any maternity coverage, I wasn’t sure if I’d get all of my salary and it was only my third year so I wasn’t making that much money or anything. So, I wanted to make sure I got it all.”

Hartley said she continued playing until she was about four and half to five months pregnant. Then in January of 2017, Bryson was born.

“Honestly my best years were after I had him,” said Hartley. “Best playing years and everything.”

Since then, they’ve navigated this basketball journey together. From New York to Phoenix to the WNBA bubble in Tampa and most recently Istanbul, Turkey. Where Bria goes, Bryson goes, too, which includes international perks.

“He’s there sitting there when we have film, even when I was overseas he was in meetings,” said Hartley. “It’s just me, I mean, there’s time when I have help but there’s times where it’s also tough for someone to be there all the time. He’s pretty well trained. He can sit on the side.”

If Bria is part of the team, so is Bryson. And, as a young mother playing in the WNBA, she hopes other women see it’s possible to do both.

“Even when I was pregnant there were so many people saying, ‘You’re not gonna come back the same.’ ‘You can’t have a kid and be a professional.’ I think I just wanted to change that stigma,” said Hartley.

She also wants to set a good example for her son.

So, when the game is over and Hartley is out of uniform, just know she’s clocking in off the court as Bryson’s mom.