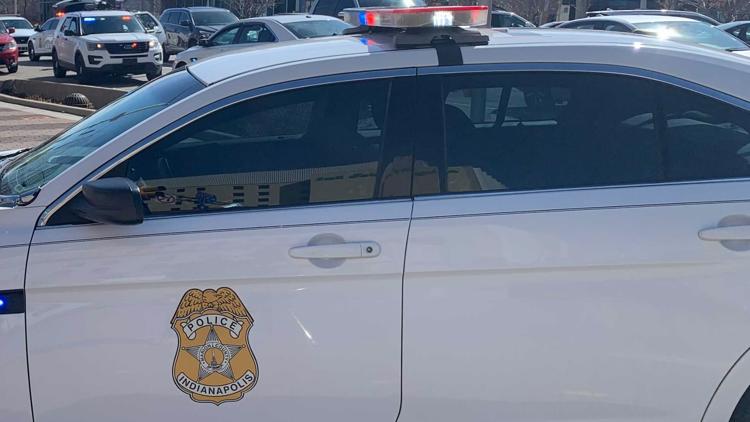 IMPD claims detectives are working relentlessly to track down leads and identify suspects in killings.

Thomas Watson, 28, is being charged in a Nov. 9, 2021, homicide near East 38th and North Meridian streets. Officers found 31-year-old Carlos Hale shot to death in a car at that location. Watson is being charged with murder and armed robbery.

NOTE: The above video is from a previous report on the violence in Indianapolis last weekend.

The other three homicide arrests are from last weekend’s violence that continued from Friday evening into Monday morning.

Police arrested Anthony Spearmon and Comfort Glass in the killing of 19-year-old Jahmal Houston on April 22, 2022. Houston was shot and killed around 5 p.m. at 3345 W. St. Clair St.

Jalen Frierson, 21, and Hakeem Jackson were arrested for the murder of 31-year-old Eric Preer on April 23. Preer was found shot inside a business at 1957 N. College Ave. and was taken to the hospital in critical condition, but he died from his injuries.

Frierson is being held on charges of murder, possession of a firearm by a serious violent felon and robbery.

Police also made an arrest in a homicide from Monday morning. David Villanueva, 19, is accused of shooting and killing 19-year-old Tyvon Moore. Moore was found shot at 26 N. Gray St.

“IMPD homicide detectives have worked relentlessly to track down leads, identify suspects in these homicides and ultimately make arrests,” said IMPD Chief Randal Taylor. “We want to thank community members and others who stepped up and provided our detectives with essential information in locating and arresting these suspects. IMPD will continue to work with the community and our partners in the criminal justice system to bring justice to victims, their families and to get violent perpetrators off the streets.”

IMPD responded to a series of shootings across Indianapolis over the weekend that left seven people dead and 10 others injured.

IMPD released a statement Sunday night addressing the violence and calling on the community to help investigators by sharing information about any of the homicides or shootings that happened this weekend.

The following statement can be attributed to IMPD.

“We recognize the impact this weekend’s violence has on victims,…

In a statement released Monday, Indianapolis Fraternal Order of Police 86 President Rick Snyder said, in part, “Indy’s Mayor, Prosecutor, Council President must legitimately engage on these issues (in real-time) … Leaders must act and outline their plan to intervene and triage this situation now.”

LEADERS LOSING LEGITIMACY: Indy Cops are troubled by the lack of visibility from any elected or appointed leaders in
response to these tragedies.

Three people were killed and three others were injured in shootings Sunday afternoon and evening.

3 p.m. – IMPD officers were called to the 3700 block of Hillside Avenue, near East 38th Street and North Keystone Avenue, for a report of a person shot. A victim was taken to an area hospital in stable condition.

7 p.m. – A nearly five-hour standoff with a man who barricaded himself in a west Indianapolis home on Sunday ended with police and members of the SWAT team entering the home and finding two men and a woman dead in what IMPD said they believe to be two homicides and a suicide.

The incident occurred in the 1700 block of Countryside Drive, near the intersection of West Morris Street and South Raceway Road.

The Marion County Coroner’s Office identified the victims as 74-year-old Mark McIntire and a 70-year-old woman, and ruled both of their deaths as homicides. The suspect was said to be a 73-year-old man, and his death was ruled a suicide.

9:30 p.m. – IMPD officers responding to the intersection of German Church Road and Wismar Drive found two people shot. Both were listed in stable condition as of Sunday evening.

Three people were killed and three others were injured in shootings Sunday morning.

Midnight – Just after midnight in Broad Ripple, IMPD aggravated assault detectives investigated a shooting at the intersection of Westfield Boulevard and Guilford Avenue.

A man and woman were shot and taken to the hospital with non-life-threatening injuries.

1:30 a.m. – Homicide detectives are also investigating another deadly shooting that occurred on the far east side in the overnight hours Sunday.

Police were called to a shooting at a house on Alsace Place, near 42nd Street and Franklin Road, shortly before 1:30 a.m. and found a man, whose name has not been shared, shot outside of a house.

He was taken to the hospital, where he died.

The Marion County Coroner’s Office identified the deceased as 30-year-old Hector Sosa-Mendoza and ruled his death a homicide.

Anyone with information about this shooting is asked to contact Detective Michael Wright at the IMPD homicide office at 317-327-3475 or email him at Michael.Wright@indy.gov.

1:30 a.m. – Detectives are also investigating a third Sunday morning shooting on the far east side at the Budget Inn at 6850 E. 21st Street, just west of Shadeland Avenue.

A man was shot there and taken to the hospital in critical condition.

7 a.m. – Homicide detectives were called to a double shooting on the far east side shortly after 7 a.m. Sunday that left two people dead.

The shooting happened on Stratford Court in an apartment complex off 42nd Street, just east of Post Road.

Officers found a man and a woman outside an apartment building, and police confirmed that both had died.

The Marion County Coroner’s Office identified the deceased as 41-year-old William Davis and 36-year-old Irene Williams, and ruled their deaths as homicides.

One person was killed and four others were injured in shootings Saturday.

1:30 a.m. – One person was shot Saturday morning in the 1200 block of South Girls School Road, near West Morris Street, on the city’s west side. Police said the person was in stable condition.

7:40 p.m. – A man died after a shooting Saturday night on the near north side of Indianapolis.

IMPD said officers were called to a shooting just after 7:40 p.m. in the 1900 block of North College Avenue, which is near East 20th Street and Dr. Martin Luther King Jr. Park.

They found a man inside the business on the corner of the intersection who had been shot. He was taken to the hospital in critical condition and then pronounced deceased after he arrived.

The Marion County Coroner’s Office identified the deceased as 31-year-old Eric Preer and ruled his death a homicide.

RELATED: 1 man dead in near north side shooting

7:45 p.m. – IMPD said an officer was sitting at a Marathon gas station across the street from Ebony & Ivory Restaurant, located at 5101 E. 38th St., near North Emerson Avenue.

Just before 7:45 p.m., the officer heard gunshots near the restaurant. That’s when police said someone called dispatchers to report a shooting at the restaurant.

Police arrived to find two men who had been shot. Both were taken to the hospital. IMPD said one of the men was in critical condition and the other was in stable condition.

RELATED: IMPD: 2 men injured in shooting outside northeast side restaurant

8:40 p.m. – Police said a person who had been shot walked into Methodist Hospital on Saturday night. IMPD said investigators were still working to find the crime scene where the person had been shot. The person, who was not identified by police, is in stable condition.