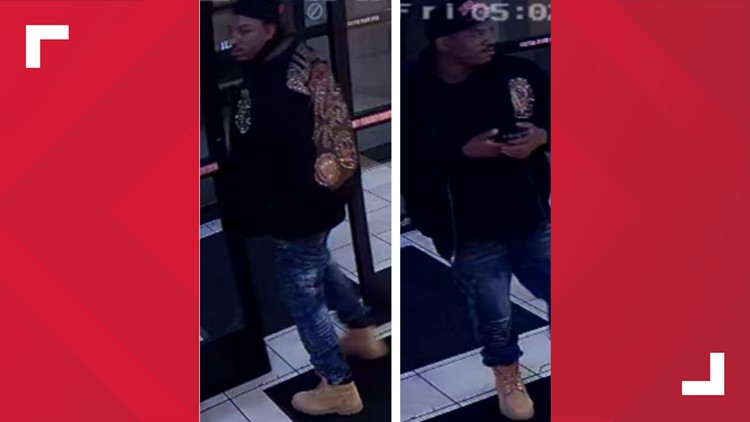 On April 22, a man asked to borrow a phone from two people at the Candlewood Suites, located at 1152 N. White River Parkway West Drive, on the city’s near west side.

Then, the suspect allegedly attacked one of the victims, hitting him with a gun, and forced the other person to take their clothes off. The suspect then took both of their wallets and left the scene.

The suspect is described as 6 feet tall and weighs between 200-230 pounds. Security footage showed the suspect wearing a Pelle Pelle jacket with “ALL OR NOTHING” written on the back, a black hat with red writing, and brownish/tan boots.

Anyone with information on the incident or suspect’s whereabouts is asked to call Crime Stoppers of Central Indiana at 317-262-8477.