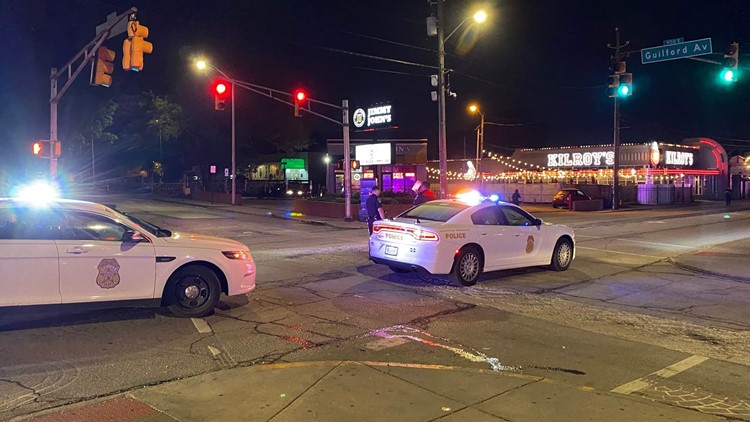 INDIANAPOLIS — Gun violence was front and center in Broad Ripple Monday. Police responded to a gun fight outside Lava Lounge around 2 a.m.

There were multiple reports of shots fired during the incident. It was just one of dozens of recent shootings in the area. Monday night, the community and police met to brainstorm solutions.

NOTE: The video above is a report on a June 13 fight in Broad Ripple that sent a man to the hospital.

One of the ideas is adding more cameras to businesses and homes in the downtown Broad Ripple entertainment district, and connecting those cameras to IMPD’s “b-link” program.

“It allows us to identify what the potential threat may be,” said IMPD North District Supervisor Sgt. Michael Wolley. “It allows us a direction of travel if someone already left the facility, but most importantly, in some cases it allows us to get the information without asking dispatch for additional information.”

IMPD has seen an increase in violent crime in Broad Ripple since 2014. The department highlighted nonfatal shootings, fights, shots fired runs, robberies, thefts from vehicles, and vandalism as the most pressing concerns currently.

So far this year, Broad Ripple has seen an increase in these crimes:

Officers have also seen more handguns stolen from cars on Friday and Saturday evenings. Police suggest people store their guns in the trunk.

IMPD also doubled the number of officers on patrol during peak bar hours and plans to closely monitor major roads leading into Broad Ripple, like Keystone and College avenues.