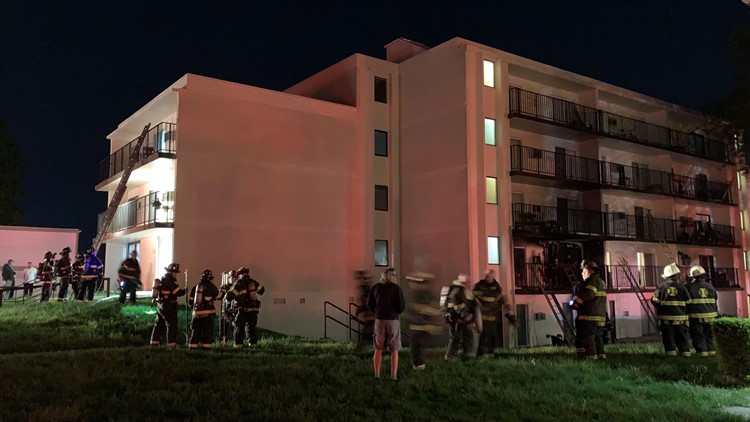 INDIANAPOLIS — One person was injured and dozens were evacuated from an apartment fire on Indianapolis’ near northwest side early Monday morning.

Indianapolis Fire Department crews responded to the El Dorado Apartments, near North Tibbs Avenue and West 21st Street, shortly after 3:30 a.m. They located a fire inside an apartment in a four-story building.

Roughly 50 people were evacuated from the building, IFD said, with around a dozen brought out by firefighters.

One person was slightly injured and transported to Eskenazi Hospital due to smoke inhalation.

An IFD spokesperson said the fire was largely contained to one apartment, but smoke filled much of the building. A woman and three young kids made it out of the apartment where the fire originated without injury.

The cause of the fire was still under investigation early Monday. IFD said there were working fire alarms in the building’s hallway.