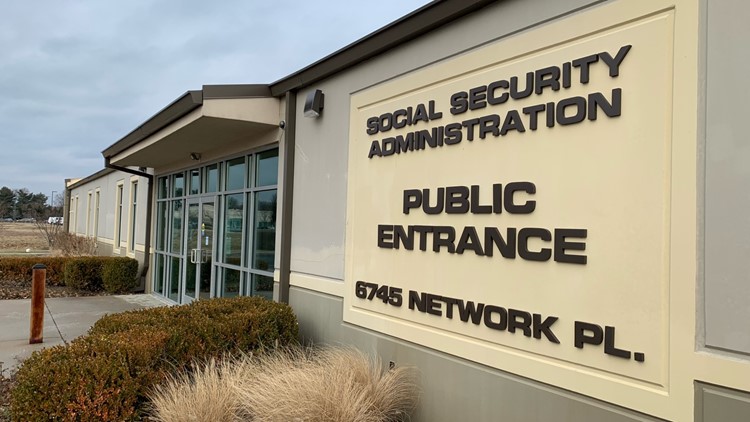 INDIANAPOLIS — The Social Security Administration said it will be reopening its field offices for in-person appointments this spring – ending a two-year pandemic shutdown that has delayed services and created significant financial hardships for countless Americans nationwide.

13News has obtained a copy of an email that Kijakazi sent to all SSA employees last week. In that email, the acting commissioner wrote:

“We are planning reentry and the implementation of new telework schedules for most employees on March 30, 2022. This date allows us to ensure that the necessary measures are in place to keep you and the public safe, is consistent with our union agreements, and gives us time to provide you with appropriate notice of return … We anticipate that field offices will restore increased in-person service to the public, without an appointment, in early April.”

The announcement sets the stage for 45,000 SSA staff members to return to Social Security field offices that are now sitting empty. While some offices are accepting a very limited number of in-person appointments to address emergency situations, the public has largely been turned away from in-person appointments since SSA closed all of its offices in March 2020. That’s when the agency told SSA staff to work from home, and it told millions of people who need assistance in resolving their Social Security issues to seek help online or to call a toll free number rather than visiting SSA offices.

Disability advocates say those alternatives have been woefully inadequate for millions of Americans who have been left without any assistance at all.

6 hours on hold, 6 months of no income

Bev Myers spends much of her day at her west Indianapolis home knitting. She’d rather be working, but she can’t.

Myers has had multiple surgeries on her right hand and her back, and since she cannot lift more than ten pounds, her longtime employer encouraged her to retire due to her disability. After working for four decades, Myers applied for Social Security disability benefits last May. She has heard nothing from the federal agency about her application, and in the meantime, she has no income.

“That hurts. I have worked over 40 years for my Social Security,” Myers told 13News. “I understand that we’re in a pandemic, but grocery stores are open and shopping malls are open and schools and hospitals are open. I have bills to pay and I need to put food on my table. Get my file through, get me over this and let me move on with my life.”

Holly Moss is also frustrated with the Social Security Administration. The Westfield mother has waited a full year to learn whether the agency will give final approval for her son’s Social Security disability benefits.

Unable to get an in-person appointment at a local SSA field office, Moss has tried to call the phone number she’s been given for the worker who’s handling her case. Some days, she calls the agency a dozen times or more – but she never gets to talk to anyone.

“You just can’t get through on their phone system. Usually I get disconnected,” Moss said while waiting on hold for a SSA worker Monday morning. “I can’t even imagine people going through this whole thing two years, not being able to get what they need from the Social Security Administration just because they haven’t opened up their doors.”

Joanie McClanahan said she has waited on hold to speak with a Social Security staff member for up to six hours before being disconnected. The 64-year-old Franklin woman has repeatedly tried to reach SSA to learn the status of her disability benefits after losing her job at the start of the pandemic.

“You can’t go to the office, so I’ve tried calling every day for weeks. There’s nobody to talk to,” she said.

The women have all turned to a professional agency for help. But the certified disability advocates at Hanley Disability in Indianapolis said even they have trouble getting ahold of someone at the Social Security Administration – and that means their clients’ small problems turn into huge delays getting benefits they desperately need.

“Once there’s a hiccup, resolving that issue is impossible,” said advocate Karen Purichia. “These are just unnecessary delays, and over the past year, it’s gotten even worse than usual.”

“We call and you’ll get through [to a recording], but you hear music and you hold, hold, hold — and then the call drops,” added Laura Siener, another advocate at Hanley Disability who has worked on Social Security cases for more than 30 years. “Even when we get contact numbers for a supervisor, not one time has one of them ever called me back. They tell people to call instead of going in person, but what good does it do to call if you can never get through?”

Lawmakers across the country have been hearing from angry constituents who are unable to resolve their Social Security-related issues. That has been prompting Congress to ask questions.

Last month, Indiana Sen. Todd Young and other Republican senators sent a letter to the Social Security Administration demanding answers about when things will get back to normal.

“We all want the basic functions of government to be restored,” Young told 13News in December, a few days after he signed a letter delivered to the agency’s acting commissioner. “I would like for our Social Security offices to open their doors and resume in-person services just as our businesses and schools have.”

The re-opening that many lawmakers and taxpayers are waiting for is still two months away. For Myers, that seems like an eternity as each passing month further depletes her savings.

“I can’t live on this, and I don’t have the funds to do anything,” Myers said. “I don’t think anybody should have to go through this.”

The Social Security Administration continues to advise people to use its website or to call its toll-free number (800-772-1213) to receive help while the agency implements its field office re-entry plan.