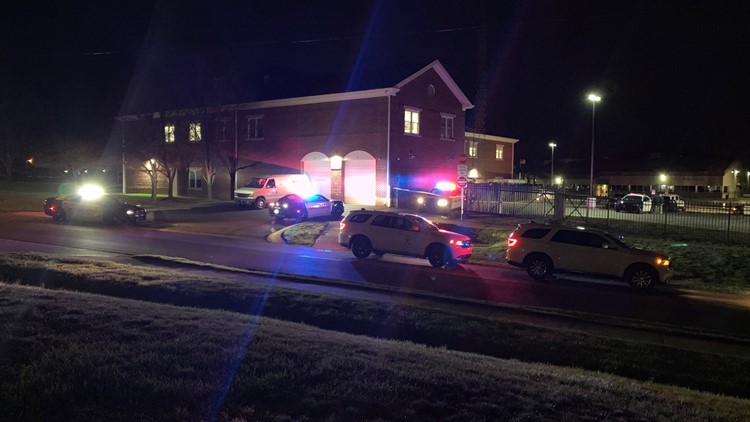 GREENWOOD, Ind. — The Greenwood Police Department released video of the deadly shooting of a woman after a police chase in March.

(NOTE: The above video is from a previous report on the deadly shooting)

It shows moments from the fatal shooting shortly after 11 p.m. March 29. That’s when Greenwood officers responded to a report of a possibly-intoxicated driver near the intersection of Madison Avenue and County Line Road.

Officers located the car on Madison Avenue about one mile south of that intersection, and a high-speed pursuit ensued through downtown Greenwood, police said.

The suspect, later identified as 49-year-old Monica Vaught, of Greenwood, struck a guard wire on a telephone post during the pursuit but was not injured at that time.

The chase continued to the back parking lot of the Greenwood Police Department, near the intersection of South Washington Street and Surina Way, where a police spokesman said officers blocked the entrances in an attempt to stop Vaught’s erratic driving.

According to police, Vaught continued crashing forward and backward into the police cars that were blocking her as she tried to get out. Then, police said Vaught drove her car toward police officers, which is when they fired shots.

Police don’t know if Vaught was struck by the initial gunshots as she continued driving in the parking lot for a few minutes.

According to police, Vaught stopped her car on the north end of the parking lot before revving her engine and driving toward the officers, who fired shots again, which ended the incident.

Police gave aid to Vaught until medics arrived, who pronounced her dead at the scene.

In total, four officers shot at Vaught. The department released the officers’ names on April 5:

The officers were placed on paid administrative leave during the investigation, due to the department’s policy on officer-involved shootings.

Police confirmed they had several encounters with Vaught over the past couple of years.