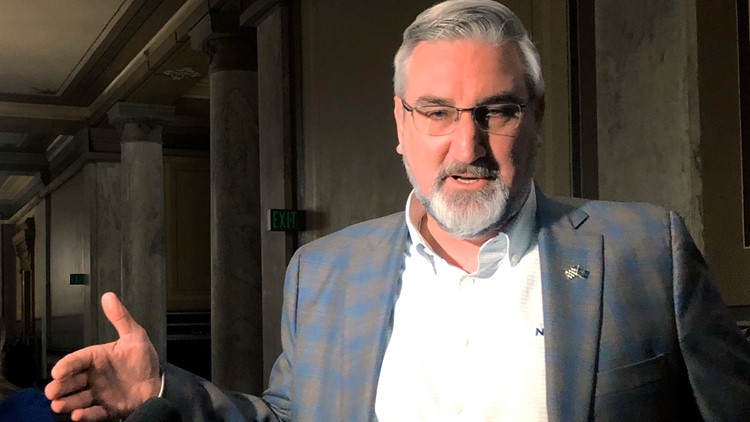 Holcomb recently visited Slovakia and Israel on a trip in March.

Holcomb will travel with state Commerce Secretary Brad Chambers to Sweden, the United Kingdom and Monaco from April 24 to May 1 for meetings with business and government leaders in those countries, the Indiana Economic Development Corp. said.

This trip comes after Holcomb and Chambers traveled in late March to Slovakia and Israel. While in Slovakia, Holcomb visited a refugee camp for hundreds of Ukrainians fleeing from the Russian invasion of their country.

Holcomb’s schedule in Sweden includes meeting with executives of Saab, which is manufacturing sections for a new U.S. Air Force training jet at a West Lafayette plant. The governor has meetings set with British companies Rolls-Royce and Tate & Lyle, both of which have sizeable Indiana operations.

The Monaco stop has Holcomb meeting with Prince Albert II and attending the Formula E World Championship race for all-electric race cars for sessions with motorsports and electric vehicle businesses.

The cost of the trip is being paid through private donations to the Indiana Economic Development Foundation, the agency said.