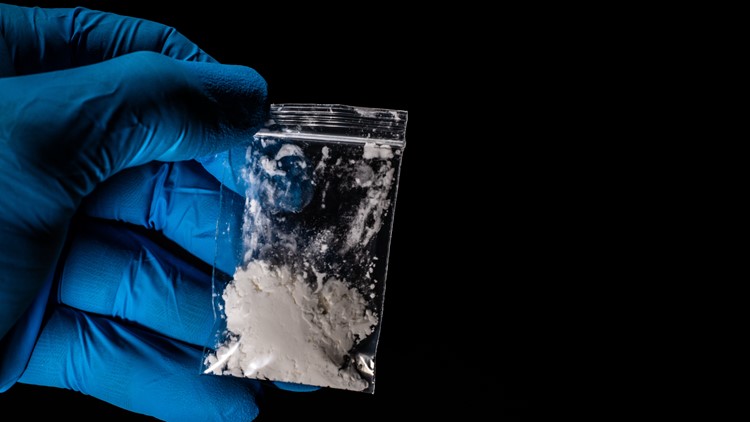 Marion County, in 2021, had 641 fentanyl deaths, more than all overdose deaths the year before.

INDIANAPOLIS — There’s a new warning about a dangerous drug saturating our state right now being called a new deadly pandemic.

County coroners and the DEA say fentanyl is killing more Hoosiers than ever. And an even more potent poison is on the streets now, too: carfentanil.

“The masks are coming off, but the pills are still coming in,” said Dr. Troy Abbott, Madison County coroner.

Fentanyl is flooding Indiana and killing Hoosiers at record rates. It affects all ages, all backgrounds, all communities. Almost always, it’s laced into another drug, so people have no clue they’re taking it until it’s too late.

“You’re at the mercy of them adding whatever they want to it and you’re risking your life every single time you take it,” Gannon said.

Gannon said Marion County, in 2021, had 641 fentanyl deaths, more than all overdose deaths the year before.

Johnson County’s coroner reports 95% of their overdose deaths involve fentanyl. In Madison County, the coroner said they had 42 fentanyl deaths in 2021. They’re already at 20 this year and had two, back-to-back, just yesterday.

The DEA is taking down dealers almost every week. They had a big bust in Indiana just a few days ago. But now, they’re warning about an even deadlier poison: carfentanil.

“That has started to pop up in the state as well and we’ve actually prosecuted a case, on a federal case, where a person died of a drug overdose that had carfentanil in their system,” Gannon said.

Madison County’s seeing carfentanil deaths in 18 and 19 year olds, especially. But it’s exceedingly dangerous for anyone on the streets.

“They’re talking about it as ‘gray death,'” Abbott explained. “And we tell our police officers do not touch any kind of powdery-gray substance because that’s likely carfentanil.”

Carfentanil, or “gray death” as it’s nicknamed, seems to sweep through the state every few years. In 2017, police were seeing it in Greenwood. It was reported in southern Indiana in 2020. Now Madison County is seeing overdoses from carfentanil.

It’s especially dangerous because the toxic drug cocktail can kill in an instant.