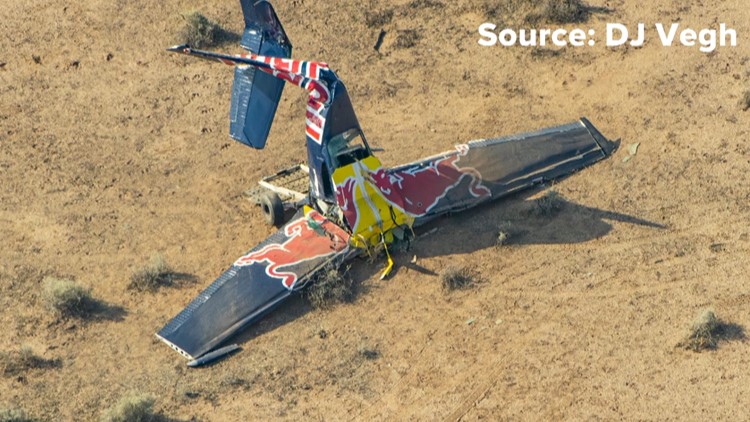 The agency also proposed a fine of almost $5,000 for one of the pilots.

ELOY, Ariz. — The two pilots involved in a Red Bull plane-swapping stunt last month in Arizona had their certificates revoked by the Federal Aviation Administration this week.

In a May 10 emergency order, the FAA cites the two pilots, Luke Aikins and Andrew Farrington, and describes their actions as  “careless and reckless.”

Aikins also faces a proposed $4,932 fine from the agency.

“The attempted stunt resulted in the crash of one of the two single-engine Cessna 182 aircraft,” the FAA said in a prepared statement. “The lead pilot requested an exemption for the stunt from the FAA, which the agency denied.”

Aikins and Farrington initially flew separate single-engine Cessna 182 airplanes up to 14,000 feet as part of a stunt to promote the energy drink company.

They tried to switch planes as the aircraft descended.

One plane spun out of control and crashed near Eloy, roughly 65 miles (104 kilometers) southeast of Phoenix. The pilot was able to parachute out safely. The second pilot regained control of the other plane and landed safely.

Aikins had petitioned for an exemption from the rule that pilots must be at the helm with safety belts fastened at all times. He argued the stunt would “be in the public interest because it would promote aviation in science, technology, engineering and math.”

Red Bull, known for organizing wild promotional stunts, said in a statement it looks forward to continuing to work with Aikins. The company called him a “courageous, highly skilled athlete” who has been honest about his role in the incident.

While both pilots must surrender their certificates immediately, there is an appeal process.