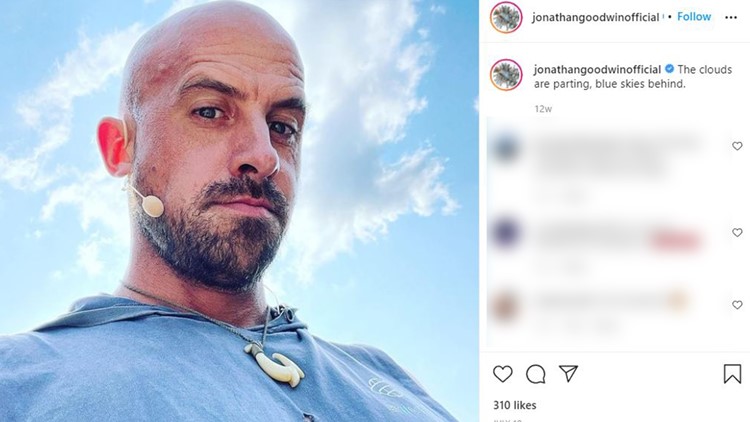 WASHINGTON — Jonathan Goodwin, a former contestant on “America’s Got Talent: Extreme,” has revealed he has been paralyzed by a stunt gone wrong during a rehearsal for the show last year.

Taking to his Instagram story, the 42-year-old daredevil revealed that he has suffered from a T-11 spinal cord injury that has left him immobile from the waist down. Goodwin said the condition is likely permanent.

Goodwin also uploaded a photo of him sitting in a wheelchair with his dog, saying he was happy to be reunited with his pet on his “new cool wheels.”

“A lot has changed in the last 6 months, but love is a constant and I’m very very loved,” he wrote. “Looking forward to my next chapters and being a roll model.”

The accident nearly killed Goodwin last October and shattered both of his legs, both of his shoulder blades, damaged a kidney beyond repair and left him with third-degree burns, his fiancée Amanda Abbington said in a recent episode of the “Out to Lunch” podcast.

According to TMZ, Goodwin was suspended 70 feet in the air by his feet while in a straightjacket, with two cars suspended next to him that were swinging back and forth. He was reportedly supposed to free himself, then fall safely onto a mattress below.

TMZ also obtained audio of the 911 call from the incident. In that audio, the caller said Goodwin didn’t drop in time and the cars “slammed into him.” The caller said Goodwin fell about 40 feet, missing the airbag and landing on his head, and that people on the scene weren’t doing CPR at the time of the call because Goodwin had a pulse.

Abbington also confirmed on the podcast the extent of her husband’s paralysis: “He’s paralyzed now, he’s in a wheelchair. Unless there’s a kind of stem cell surgery or that thing that Elon Musk is designing with the little chip, he’ll be like that forever.”

Goodwin was released from the hospital in February, four months after his life-altering injury.