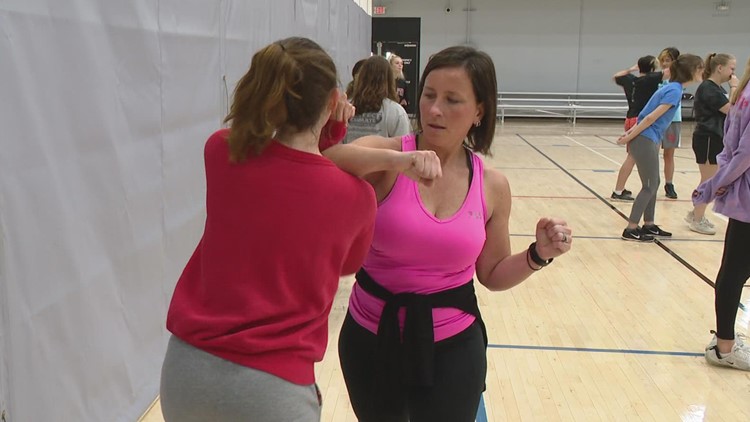 Women learned how to defend themselves from danger at a hands-on class hosted by the Central Indiana Police Foundation.

GREENWOOD, Ind. — To stay safe and stop a threat, dozens of women spent several hours Saturday learning how to defend themselves from danger at a hands-on class hosted by the Central Indiana Police Foundation.

“Things they can do to get away, break holds, get away, maybe hurt someone enough that they can escape,” explained Bud Lich, a black belt karate instructor who demonstrated martial arts and self-defense moves designed to disable an attacker and get away from a dangerous situation.

Jill Sturm took this class, like many of her classmates, because she’s headed to college in the fall.

I don’t ever want to have to use this,” said Cathy Ritlin, another student in the class, “but I think it’s important to know it just in case.”

“People following you in your car, following in the parking lot, acting weird,” said Sturm, explaining examples of what she would watch for.

“There’s going to be a lot of unknowns out there, and what we want to do is be prepared for the unknown and learn how to walk wide on a corner and be aware where a problem could come from,” said Lich. “Hopefully you have some options in how to protect yourself.”

Options for empowerment when women are faced with a threat.

Ritlin summarized what she took away from the class, “So, it’s really important that if they’re in a situation that they don’t know how to get out of, to have some muscle memory to where they can figure out how to get out of some moves.”