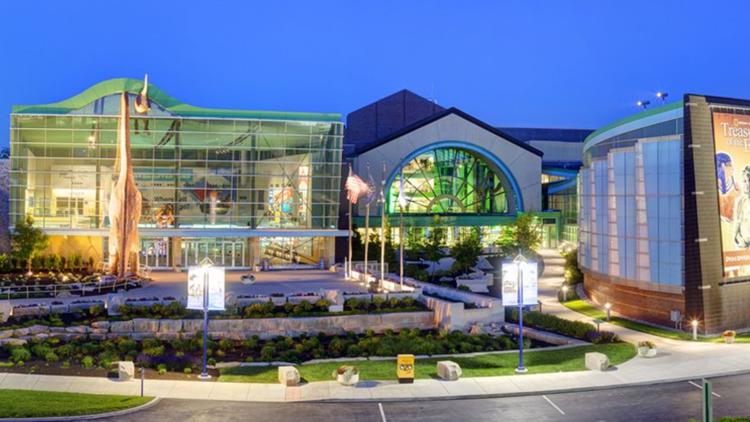 In a letter shared on Facebook, the museum said it relied on a vendor to create thematic menu items, but museum staff had not reviewed the watermelon salad.

INDIANAPOLIS — The Children’s Museum of Indianapolis has issued an in-depth apology and explanation after it was met with widespread criticism for selling a Juneteenth-themed watermelon salad.

In a letter posted on Facebook Tuesday morning, the museum went into further detail on the incident.

According to the letter, the museum shared a Facebook post June 3 to promote its upcoming Juneteenth Jamboree event, which has been celebrated every year since 1988. In the comments section of the Facebook post, the museum said someone shared a photo of an item being sold at the food court “with an offensive label associated with the event.”

The museum said it “immediately and permanently removed the food item that had been put out by our contracted food service provider.”

Please take a moment to read this important letter from The Children’s Museum.

Posted by The Children’s Museum of Indianapolis on Tuesday, June 14, 2022

In the letter, the museum said it had relied on a vendor to create thematic menu items since 2020, but museum staff had not reviewed the watermelon salad.

Critics called the museum’s effort to honor the holiday a clear example of racial stereotyping.

“Through this, we learned a really hard lesson that oversight must play an important role in every museum relationship,” the letter reads.

The museum said it will now implement a “more robust review process” with its vendors to prevent something like this from happening again.

“We are an imperfect institution, but we are committed to improvement and will work tirelessly to regain your trust,” the letter reads. “The entire museum family, from our staff and volunteers to our board of trustees, is fully dedicated to making this right.”

Juneteenth commemorates June 19, 1865, when Union soldiers arrived in Galveston, Texas to announce the freedom of Black slaves. It was two months after the Confederacy had surrendered and about 2 1/2 years after Abraham Lincoln signed the Emancipation Proclamation. Juneteenth was established as an official federal holiday last year.

RELATED: Juneteenth history: Marking the end of slavery in America

13News anchor Felicia Lawrence spoke with Vernon Williams, the president of the Indianapolis Association of Black Journalists. He explains the stereotype of Black people liking watermelon is rooted in racist caricatures from the Jim Crow era. Williams also called the Children’s Museum incident a teachable moment.

“The way it’s been used as a tool to convey the most negative possible images from the 1800s through today is what just makes it totally offensive,” Williams said.

After photos of the ice cream, along with Juneteenth koozies, were posted online, many social media users voiced their frustration about the corporation appearing to capitalize on the holiday and its history for profit.