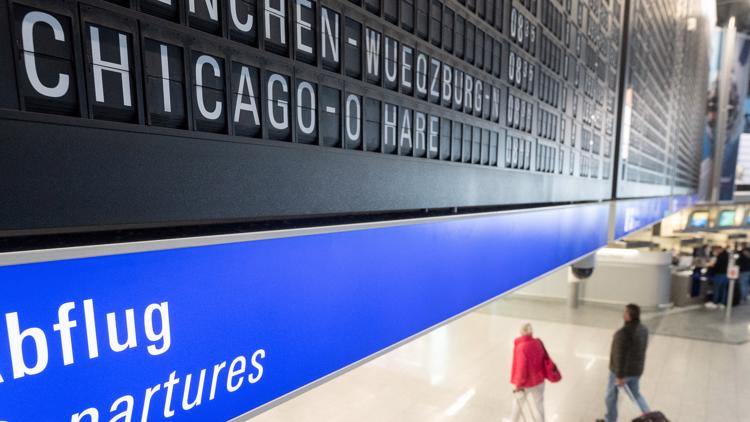 Just before 8 p.m., the National Weather Service reported wind gusts of up to 84 mph at the airport.

CHICAGO — Severe weather in and around Chicago on Monday forced Chicago O’Hare International Airport to delay and cancel many of its inbound flights.

Inbound flights to Chicago O’Hare were delayed an average of more than an hour and a half due to tornado warnings and strong winds, according to FlightAware. All inbound flights were being held at their origin until Monday at 9 p.m.

Chicago O’Hare had a total of 586 delayed flights and 96 canceled flights on Monday. It’s unclear how many of those delays and cancellations were due to severe weather in the area.

Just before 8 p.m., the National Weather Service reported wind gusts of up to 84 mph at the airport.

Areas around the airport were given the all-clear not long after, but the NWS warned of strong winds heading through parts of Chicago and said that this “remains a dangerous situation!”

RELATED: Excessive heat bakes much of central, eastern US

The severe weather had all the ingredients for a tornado and as a result, several tornado watches and warnings were issued throughout Chicago and surrounding areas.

Another round of strong storms moved east by around 10 p.m., with severe thunderstorm warnings being issued for parts of northern and northeast Indiana.

IND had 68 flights delayed on Monday and six cancellations.