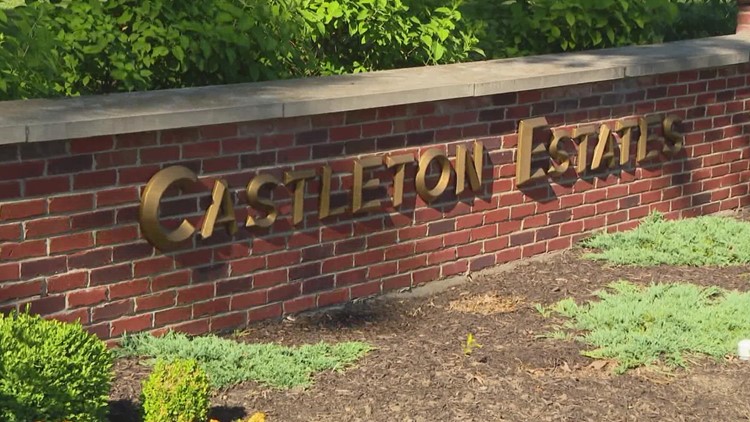 For nearly a decade, Castleton Estates has managed to keep crime at bay.

INDIANAPOLIS — As Indianapolis police investigate the city’s 100th homicide for the year, one community has found a solution to keep themselves safe.

For nearly a decade, Castleton Estates has managed to keep crime at bay.

Neighbors said homes don’t stay on the market for long here, and they believe that’s because people feel safe in this neighborhood.

Before stepping down last month, the program’s longtime leader has certainly formed a few close ones. One of them is Isiah Walton, one of 23 block captains for the neighborhood’s 327 homes.

“I think it’s just a neighborhood where everybody’s watching out for each other,” Walton said.

Each block captain has about 14 homes to watch out for.

“They basically are the mayor of their little 14 community area,” Boggs said.

“My neighbor’s watching if something goes on,” said Walton. “If I’m going somewhere, I say, ‘Hey, I’m going to be away for a while, keep an eye out.'”

“I think it’s just the open communication and them knowing each other that really is the engine behind the success here,” said IMPD Cmdr. Michael Wolley.

In nine years, Castleton Estates hasn’t seen a single burglary or property damage of a home, even as break-in cases in that part of the city have trended upward by almost 18% from last year.

Wolley, who leads IMPD’s North District, said something is working.

“The fact that this neighborhood has been able to keep without a burglary for nine consecutive years is pretty remarkable,” he said.

Now, as Boggs leaves the job, the hope is that the system he helped create will keeping going strong.

“People want to work with people on stuff that works,” said Boggs.

That includes the relationships that have formed, built upon a basic principle: Having your neighbor’s back.