From rabbits and rats to tortoises and tarantulas, EARPS takes in everything but typical family pets.

HAMILTON COUNTY, Ind. — Have you ever seen a chinchilla give itself a dust bath?

It’s pretty cool, but a lot of chinchillas end up at Exotic Animal Rescue and Pet Sanctuary (EARPS) in Carmel, never having one because the owners were unfamiliar with how to take care of an exotic animal.

It’s the same for a lot of the animals EARPS rescues. The rescue group works with other shelters and rescues that aren’t used to taking in exotic animals.

“Most of the shelters that you see — the Humane Societies, city shelters — they’re used to dogs and cats,” said EARPS President Heather Sokol.

It’s a different tale at EARPS, where they accept any animal that is not a dog, cat, wildlife or barnyard animal.

“They’ll get whatever care they need. When they come in, they’ll get re-adjusted to the appropriate diet, proper housing. We spay and neuter whenever possible,” Sokol said.

Sokol also said they work hard to educate the public about exotic animals. Some animals — like a Russian tortoise — can make great pets but outlive their owners because they can live up to 50 years. Others, like rabbits and rats, reproduce quickly and owners end up in a situation where they have a large number of animals they didn’t plan for.

The rescue has taken in animals most people can’t even imagine.

“Rabbits, rats, guinea pigs, mice, hamsters, gerbils, hedgehogs. We have parakeets. We have snakes, tortoises and lizards,” Sokol said. “And then we’ll have the occasional creepy crawly. We’ll get tarantulas or crabs, or an axolotl; Madagascar hissing cockroaches. We took 10 or 11 of them last year and adopted them out rather quickly to a science teacher in the area who was very excited to have him for her classroom.” 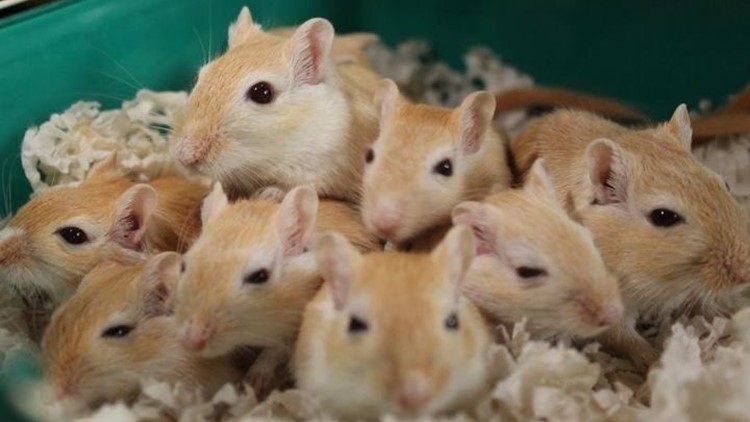 The top priority is finding a happy, healthy, permanent home for the animals. Exotic animals can make good pets, as long as there is planning, and research done ahead of time.

“We don’t want them to go to someone who’s unprepared for it. It’s so important that they know what they’re getting into because not every animal is set up for a certain lifestyle,” Sokol said.

EARPS has a thorough adoption process to make sure the pet and the family are both getting a perfect fit. Right now, the rescue has a wide variety of animals that are available for adoption. Find details on the rescue’s website and Facebook page.