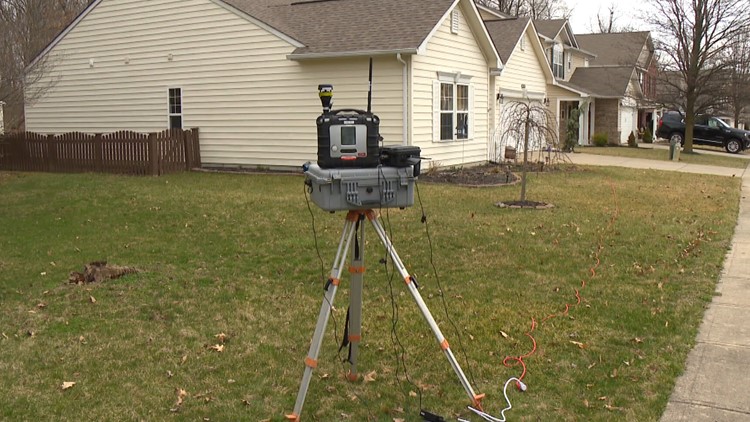 PLAINFIELD, Ind — An EPA-commissioned report showed concerning levels of benzene and other chemicals in the air immediately after the Plainfield Walmart warehouse fire in March. However, the agency says the cancer-causing chemical levels decreased over time and does not expect the fire to result in long-term health problems for most residents.

“I would say it’s not something to be worried about,” said Sarah Commodore an associate professor at IU Bloomington’s Department of Environmental and Occupational Health.

Commodore says residents in the area should keep an eye on their health as a precaution, but “there’s no need for fear.”

The EPA said in a statement, “Concentrations detected are not expected to result in adverse health effects for short exposure durations, such as a fire lasting several days.”

Three months after the fire, the mangled semi-trucks and burned husk of the building remain. However, the large plume of black smoke and the pieces of debris are gone.

An 878-page report from the EPA shows while chemicals linked to cancer were at higher levels after the fire, they dissipated over time.

Scientists did find elevated levels of benzene, which is a carcinogen. The chemical levels were nearly six times the level recommended for a residential area.

“It’s definitely elevated at that point,” Commodore said. “Currently, it’s not, it was during the time of the fire.”

The high levels of benzene appear to be temporary, however Commodore said additional testing could help make sure that’s the case.

Eight samples of debris were also collected. The lab results showed higher levels of metal arsenic and other chemicals but came back negative for asbestos.

The EPA created a website to track reports associated with the fire. Click here to find reports.

MORE: What to do — or not do — with Walmart fire debris