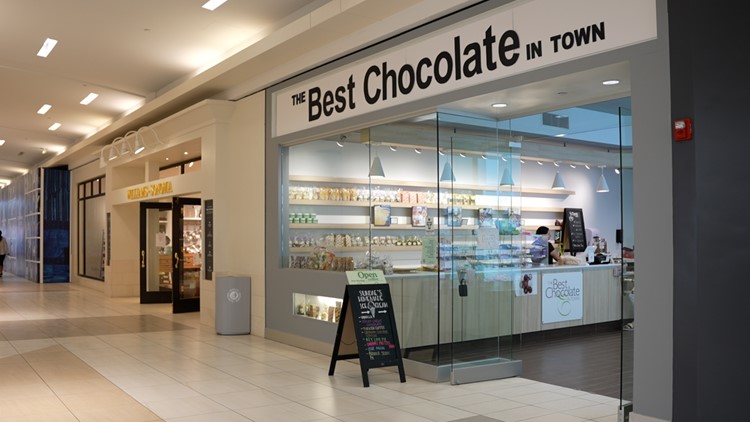 Carrie Abbott primarily credits her faith for success she’s had with her north side factory and storefront.

She’s the owner of The Best Chocolate in Town, a chocolate and candy store that is at The Fashion Mall at Keystone on Indy’s north side.

For the last 11 years, Abbott has been building her skills as a baker, candy maker and chocolate connoisseur. She now runs a factory, her storefront and sells several products online.

What she does is amazing — but how she does it is even cooler.

She credits her success primarily to her faith, which she said drives her.

“I just try to come from a place of gratitude. I just don’t think I was made to do anything else than to grow,” Abbott said.

The confectioner also says she’s successful because she has a strong network and community that supports and guides her when she feels lost. That connection with other business owners drives her to make sure she helps make the journey easier for those just starting their entrepreneurial journey.

“I love mentoring and working with women-owned, minority-owned business or any entrepreneur. I really enjoy working with them, but part of the inspiration is I just know how I feel,” Abbott said.

In her success, Abbott often spends time reflecting on her journey. She was born in South Korea and was adopted at a very young age. Abbott has spent most of her life in Indianapolis and considers herself a full-blown Hoosier. She says it has taken years to feel comfortable in her own skin and fully embrace her Asian heritage.

“Being a woman and Asian in business, it’s not something that I grew up celebrating. It was more about assimilation,” Abbott said. “And so now, it is just so cool to see what is happening in the community and in the nation, that it is really something that is worth celebrating, and it is something to wear on your sleeve.”

Abbott adds that in a changing nation, celebrating who you are and embracing an authentic version of yourself is the ultimate goal.

RELATED: What is Sikhism? Breaking down an often-stereotyped religion