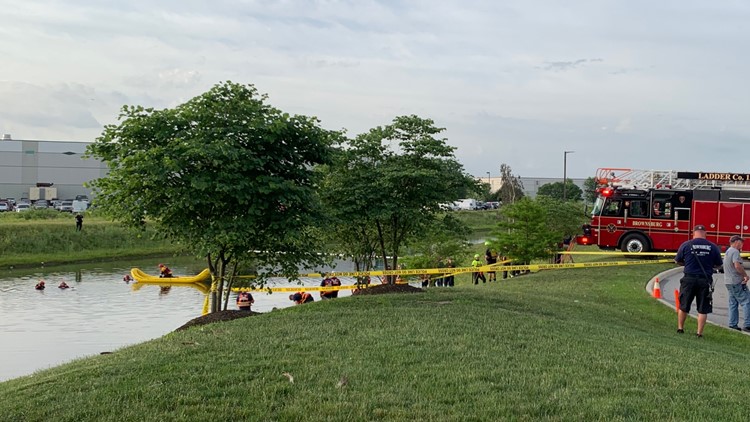 BROWNSBURG, Ind. — Divers worked to recover a sunken SUV with people inside from a Brownsburg retention pond Friday morning.

The SUV drove into the pond off West 56th Street east of Northfield Drive following a collision with another vehicle. Four people were inside, according to Brownsburg Fire officials, and at least two were able to get out before the SUV sank in the pond.

All occupants were eventually removed. Officials have not released their conditions or identities.

We’re in Brownsburg where a vehicle collided with another and went into this pond.
According to Brownsburg Fire spokesperson, 4 people inside. 2 made it out on their own. The others couldn’t swim and had to be rescued.
Conditions still unclear. @WTHRcom pic.twitter.com/o2wlKhDP3S

Check back for updates to this developing story.