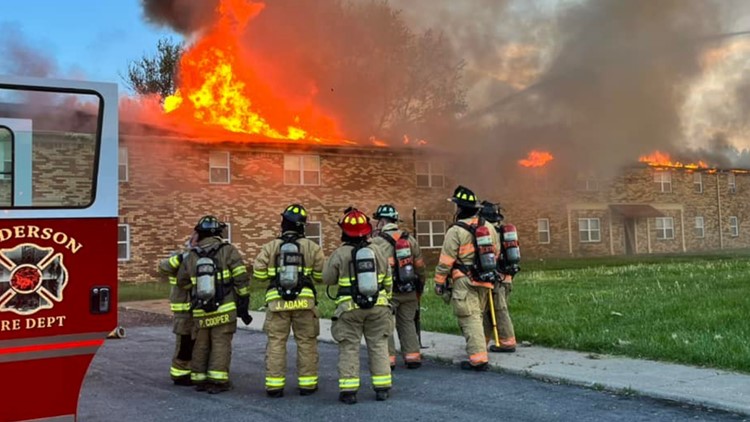 Nobody was injured in the fire at the Bingham Square Apartments on Anderson’s northwest side.

Nobody was injured in the fire at the Bingham Square Apartments at the corner of 16th Street and Brentwood Drive on Anderson’s northwest side.

Anderson fire chief Dave Cravens told WTHR’s newsgathering partners at the Herald Bulletin that no one was living in Building J when it caught fire, but an adjacent building was evacuated due to smoke.

The building was a total loss.


The Anderson Redevelopment Commission had just signed a consent agreement two days before the fire to allow Florida-based Property Resource Associates to sell the building, according to the Herald Bulletin.

Property Resource Associates has been attempting to sell Bingham Square, and the ARC had to approve the sale after the city provided bond funds to the developer to make improvements.

According to the Herald Bulletin, the improvements were never completed.

Under the consent agreement, ARC was to receive the $935,000 plus interest to retire the bonds, and the city of Anderson was supposed to collect $405,474 in unpaid utility bills owed at Bingham Square.

Anderson Fire investigators have not shared a cause of the fire or provided an estimate of damage.