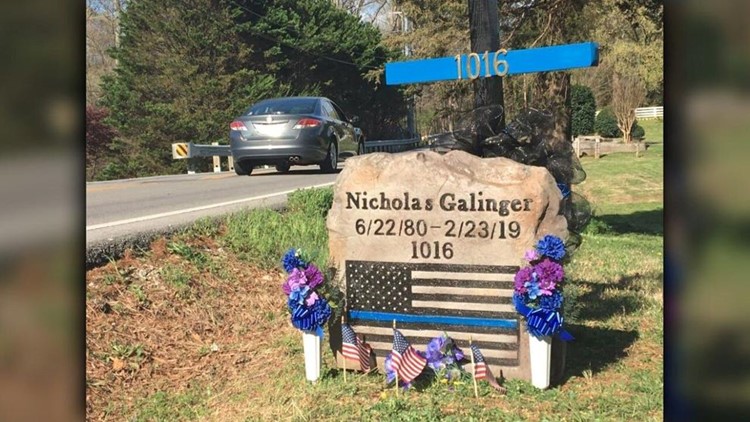 The bill passed the Senate unanimously and is now named after the children of a Chattanooga police officer who was hit and killed by a DUI driver in 2019.

NASHVILLE, Tenn. — A Tennessee bill that would require a person to pay child support if convicted of vehicular homicide of a parent while driving under the influence passed the Senate on Wednesday.

House Bill 1834 unanimously passed on the Senate floor after being amended to also name the proposed law after the children of a Chattanooga police officer, Nicholas Galinger, who was struck and killed in 2019 by a woman driving while intoxicated.

Janet Hinds hit and killed Galinger while he was inspecting an overflowing manhole on Hamill Road in Chattanooga. A jury convicted Hinds of vehicular homicide by intoxication, reckless driving and leaving the scene of a crash in September 2021, and a judge later sentenced her to 11 years in prison.

On Wednesday, Senator Mike Bell (R-Riceville) introduced an amendment that would add the names of Galinger’s two children to the law: “Ethan’s, Hailey’s, and Bentley’s Law.” It was originally just named “Bentley’s Law” after the orphaned grandchild of Cecilia Williams, a Missouri woman who lost her son, daughter-in-law, and four-month-old grandchild in a DUI crash.

Under this bill, if a defendant is convicted of vehicular homicide due to intoxication or aggravated vehicular homicide, and the victim of the offense was the parent of a minor child, then the sentencing court must order the defendant to pay restitution in the form of child maintenance to each of the victim’s children until each child reaches 18 years of age and has graduated from high school, or the class of which the child is a member when the child reached 18 years of age has graduated.