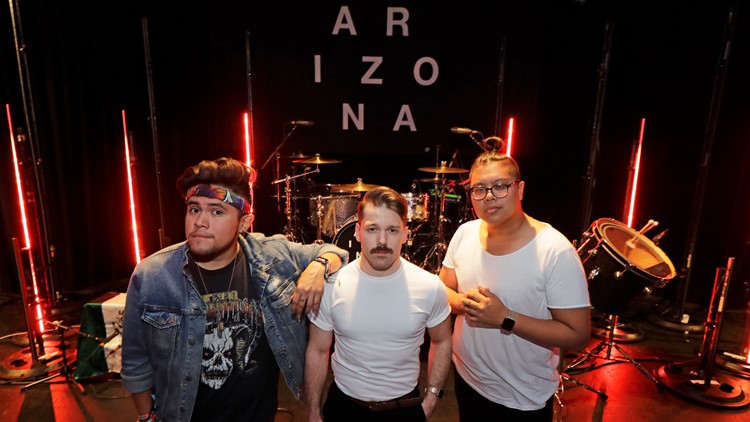 ARIZONA will perform hit songs like “Oceans Away,” “Electric Touch,” and “I Was Wrong” in Indianapolis on Monday, Oct. 10.

INDIANAPOLIS — American Rock and electropop band ARIZONA will make a stop in Indianapolis this October during the trio’s “Album Three Coming Soon” tour.

The band will perform hit songs like “Oceans Away,” “Electric Touch,” and “I Was Wrong” in Indianapolis at the Egyptian Room at Old National Centre on Monday, Oct. 10. Tickets are on sale now on ticketmaster.com.

The Indianapolis show is scheduled at the tail end of the band’s tour. It’ll kick off Sept. 26. They’ll perform in 15 cities and wrap up on Oct. 16.

Here’s a list of cities included on the tour:

The New Jersey trio’s songs have racked up more than a billion streams worldwide. In the past few years, they’ve performed at a series of soldout headline tours.

They also went on an international arena tour with Panic! At The Disco and did festival sets at Lollapalooza, Austin City Limits, Coachella, Hangout Music Fest, Firefly, and Governors Ball.

The group returned in 2022 with “Heart So Big,” a collaboration with Matoma that was co-written with ARIZONA’s longtime collaborator PJ Bianco as a love letter to his son with autism.