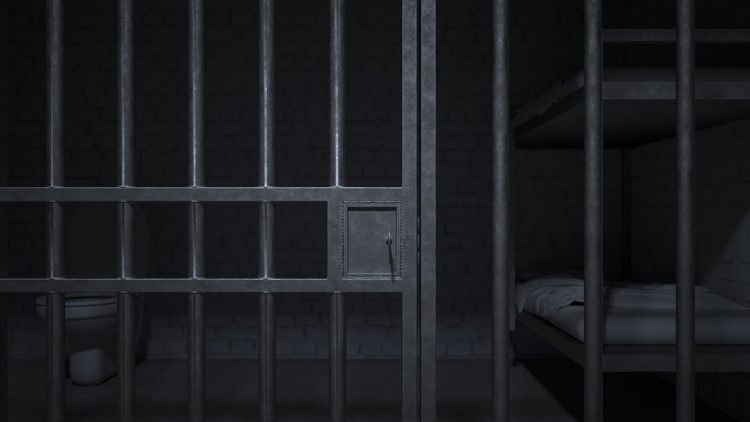 The lawsuit says people are waiting 121 days in the Marion County Jail without receiving the mental health care services that can make them ready to stand trial.

INDIANAPOLIS — A recent lawsuit accuses Indiana of having a “grossly insufficient” number of mental health beds to treat defendants incompetent to stand trial. The ACLU of Indiana argues some defendants spend months in jail without the mental health care they need to move their court case along.

“The problem is, is that people, defendants are being committed and they’re just sitting in jails around the state because there aren’t enough placements,” said Ken Falk, legal director of the ACLU of Indiana.

An 11-page lawsuit was filed Monday on behalf of the Indiana Protection and Advocacy Services Commission. The plaintiffs include the Secretary of the Indiana Family and Social Services Administration, the agency itself, as well as its Division of Mental Health and Addiction and its director.

13 Investigates reached out to the agency for comment and a spokesperson wrote, “We are unable to respond on pending litigation.”

As of May 5, the lawsuit reports the Marion County Public Defender Agency said it had at least 18 incompetent clients in county jail and not a mental health facility because there was “no sufficient space in the (state) institutions.”

On average, the lawsuit says people are waiting 121 days or 4 months in the Marion County Jail without receiving the mental health care services that can make them ready to stand trial. However, they have evidence of a defendant who spent at least seven months in jail.

Falk tells 13 Investigates this is not just a Marion County issue.

“No, no…we did survey around the state, and this is a problem that appears in other parts of the state as well,” Falk said. “There simply isn’t enough beds.”

The longer it takes a defendant to receive sufficient care means it takes longer for their case to move through the courts. That’s why the ACLU of Indiana says the state is putting defendants in “legal limbo.”

“It’s grossly unfair to the sheriffs because they’re not equipped for this,” Falk said. “And it’s even more obviously unfair to the defendants who apparently don’t have the capacity to even assist with a criminal trial.”

The lawsuit asserts Indiana has “grossly insufficient capacity to provide restoration services” and has violated the Constitution, Rehabilitation Act & Americans with Disabilities Act.